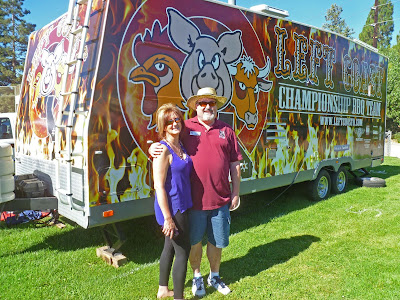 Let's talk about what is hot besides the weather. The competition BBQ team named "Left Coast Q" has been on a hot streak". Yesterday they won their third 'Grand Champion' award in a row. This is an accomplishment that has the BBQ community agasp. We were there to witness this accomplishment and would like to share some images. We would also like to mention the third place winner Zack of the team 'Son of Smoke". This young man is an up and coming competitor that is in the running for "Rookie Team of the Year". He is on his way with this showing and we are pulling for him. Sit back and have a cold one while we share a couple of moments from the competition. 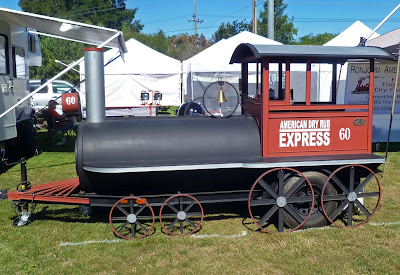 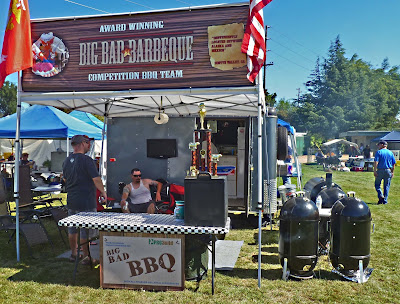 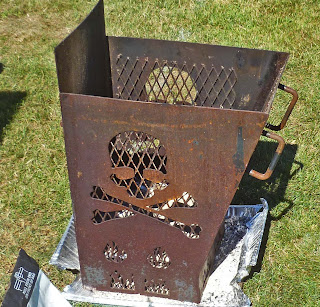 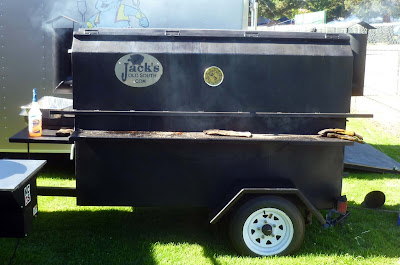 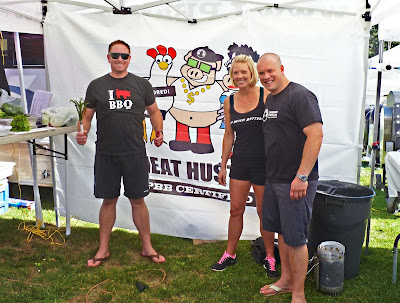 We also have to mention our good friend and fellow 'Kansas City Barbecue Society Certified BBQ Judge" Amby and her daughter Dani. They both were competing in the 'Backyard Division" under the team name 'QNQT'. They were victorious with a first place in Chicken. Well done!!!!!!!!!!!!!!! 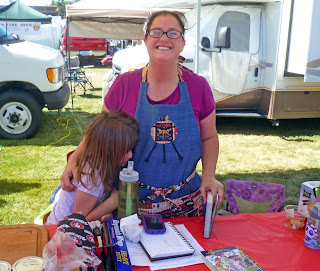 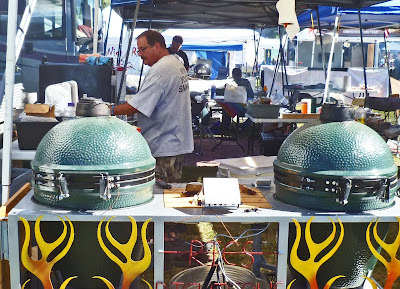 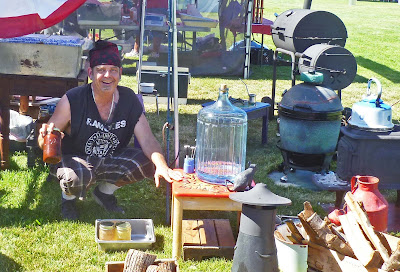 After the competition there were several hours to kill waiting for the award ceremonies. Most people searched for shade and liquid refreshment. This group had the right idea. Some 'Pickin and Grinnin' made for a cool time. 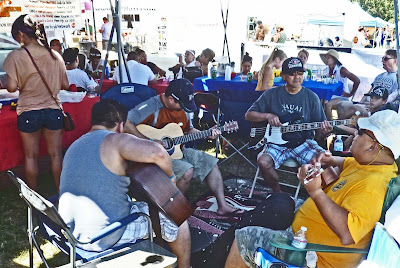 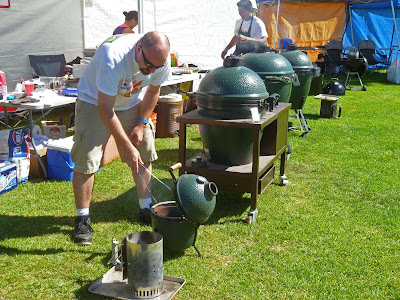 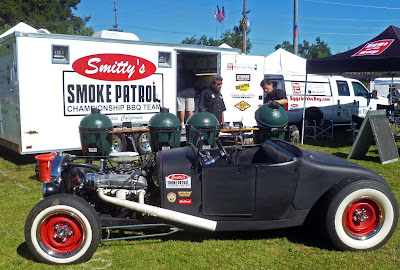 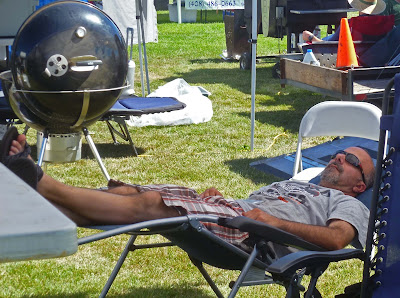 We leave you today in the judges hall. Thanks for sharing our great hot day in Silicon Valley.A special thanks to Joe Sweeney the event organizer. Thanks also to the Santa Clara Rotary Club who extended the 'Red Carpet' for all that attended. What a day!!!! 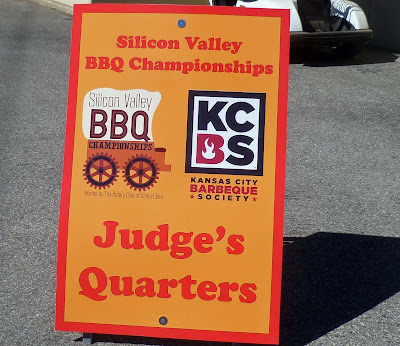 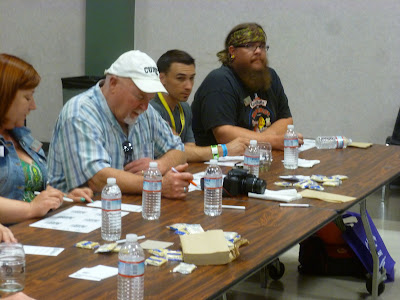 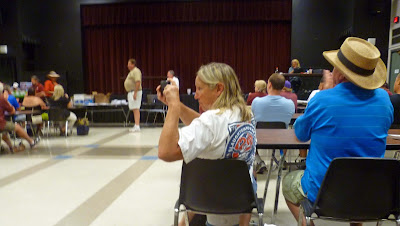 Posted by Chilebrown at 7:46 AM

Thanks for letting us know Amber won- we were wondering about that.

I believe I will take a break from backyard divisons after KCBS judging. Our table got 7 brisket entries, almost all of them had burnt ends and slices, and then we followed that up with 4 slices of tri-tip and 5 chicken thighs. It tested my ability to consume mass quantities.

34 entries judged has got to be a personal record.

Your favorite season is off to a flying start.

Aaron, That is a lot of scoring.I have learned to pace myself. A lot of good it does because I eat the rest when I get home.

Zoomie, I think you may know that my favorite season is year round.

Looks like a good time is happening all around

I love those team names. I'm going to call my team Throbbing Gristle.

I so enjoy your pictures and commentary. You always see so much more, or is it that I seem to be sittin' in one spot too long! Thanks for sharing!

Big Dude, We have a great time at all the events. I cannot wait for the next one.

cookiecrumb, I love your team name. I cannot wait until you and Zoomie have a BBQ showdown with your new matching bbq rigs.I have some ideas for Zoomies team name but I will refrain.

Tracy, Thankyou, that makes my day. I am smiling right now. See you soon at the next event.

I hear ya Aaron. My personal record is 41 at a contest with 4 ancillary categories. When you get over 30, I don't thing the teams are getting a fair shake. By 35, you're scoring on a "if I don't puke this up it's a 7" scale.

Thanks for the shout out Chilebrown!

cookiecrumb, A little tame but she would probably like it.

Mrs. Stippy, We were pleasantly surprised to see you two competing. How great that you took the walk for chicken.
Where you at the Tomato festival (Fairfield) when we judged three contests in two days with "Anything Butt" category? That was a challenge.

Thanks for the pics Chilebrown. BBQ competitions are always a great time. Everyone is friendly and their is always a good smell around the next corner. I'll always remember our first trophy...

Yes, I was at that one, but it was a contest and a half each day. My second most full, BBQ at the Summit, has like 10 ancillary categories, but also over two days (an awesome contest with breath taking views...literally, its at 10,000 ft). Laramie (my record) hit a new level of full I never want to see the likes of again.