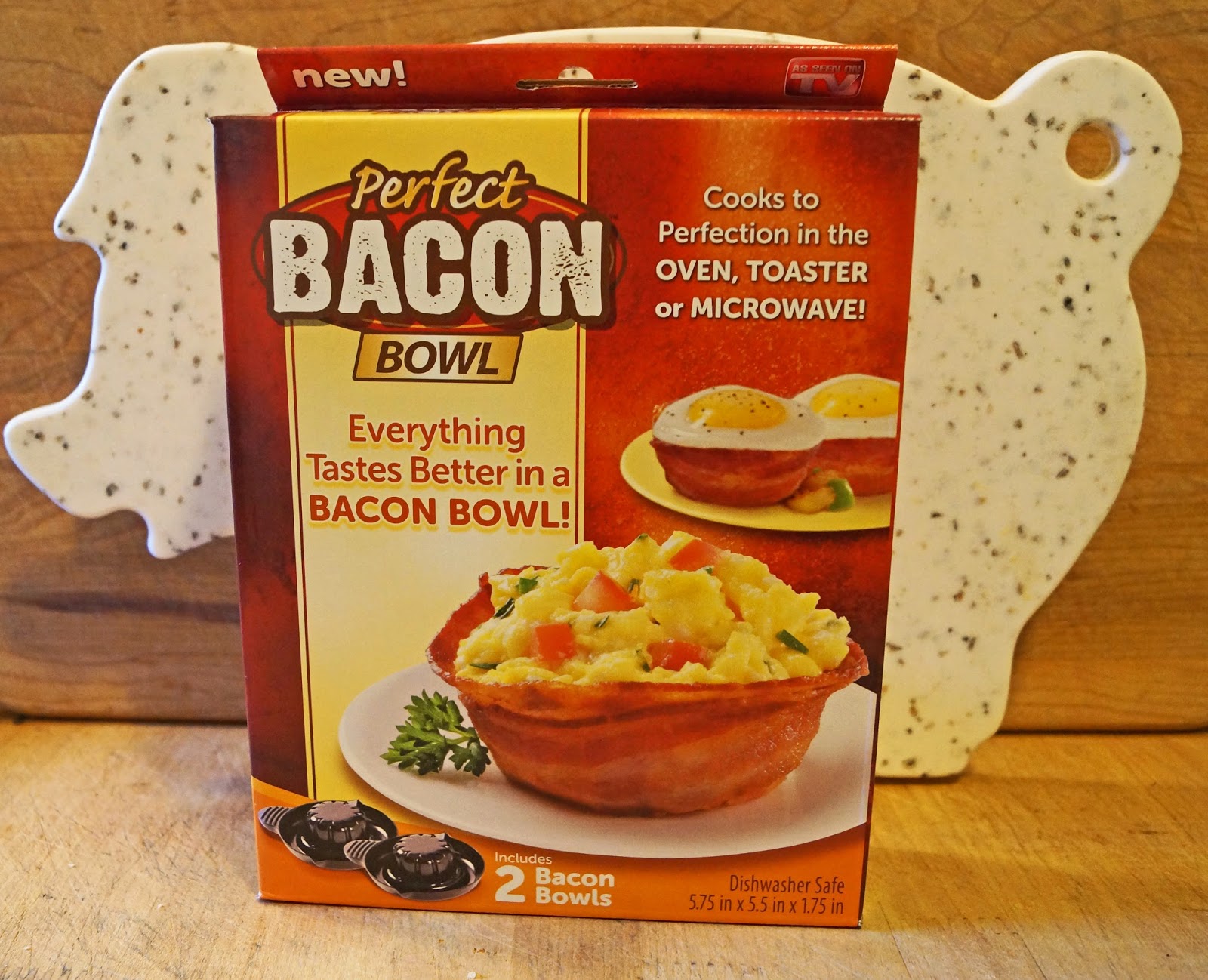 Do I really need another kitchen gadget? Apparently so if it has to do with bacon. The 'Bacon Bowl' set was strategically placed on the impulse buying section very near the 'Bacon Pringles' aisle. It was only a sawbuck and in the name of bacon research the purchase was made. The box did say; "Everything Tastes Better in a Bacon Bowl". In the name of science I also purchased a pound of generic bacon. 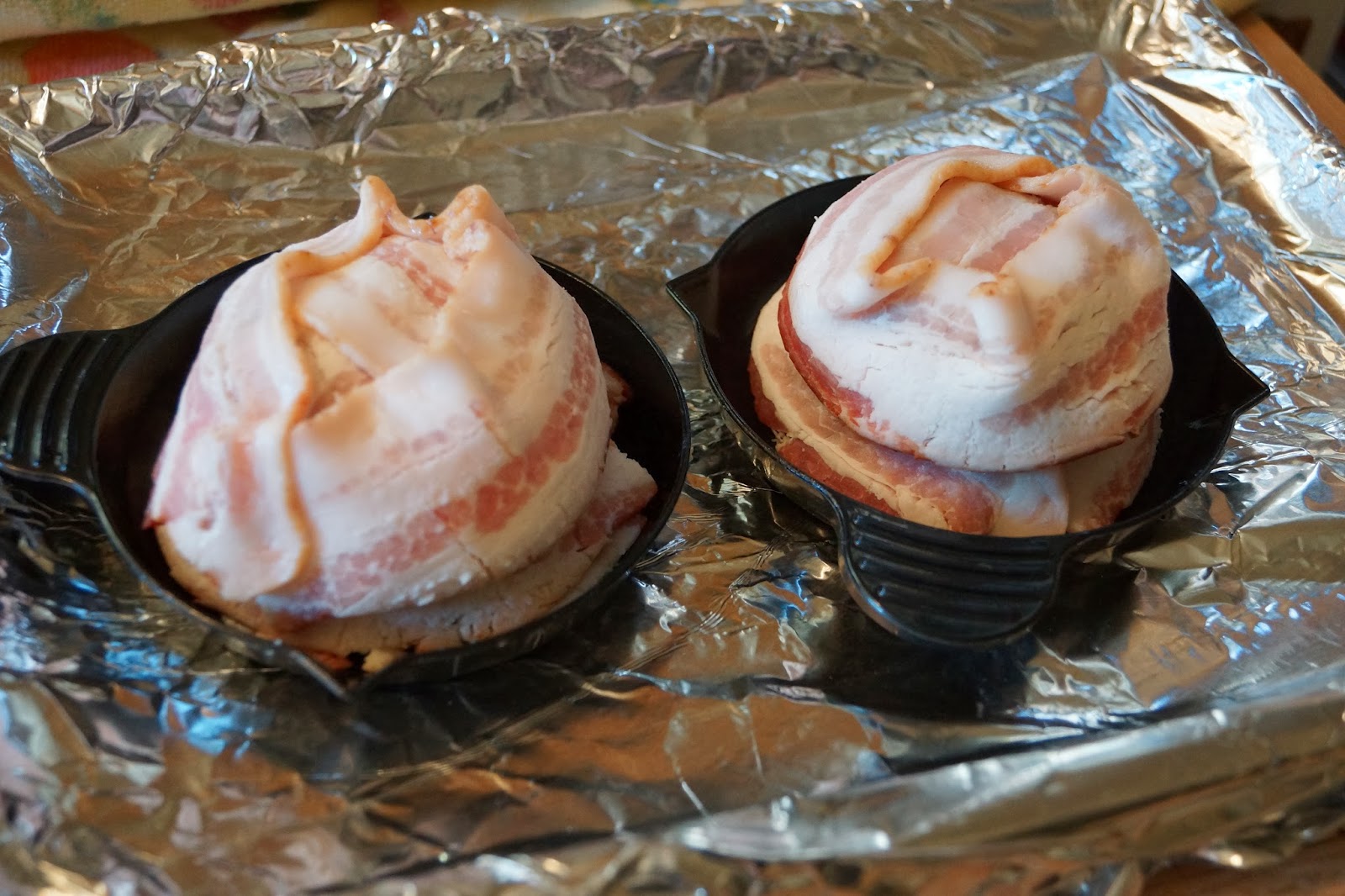 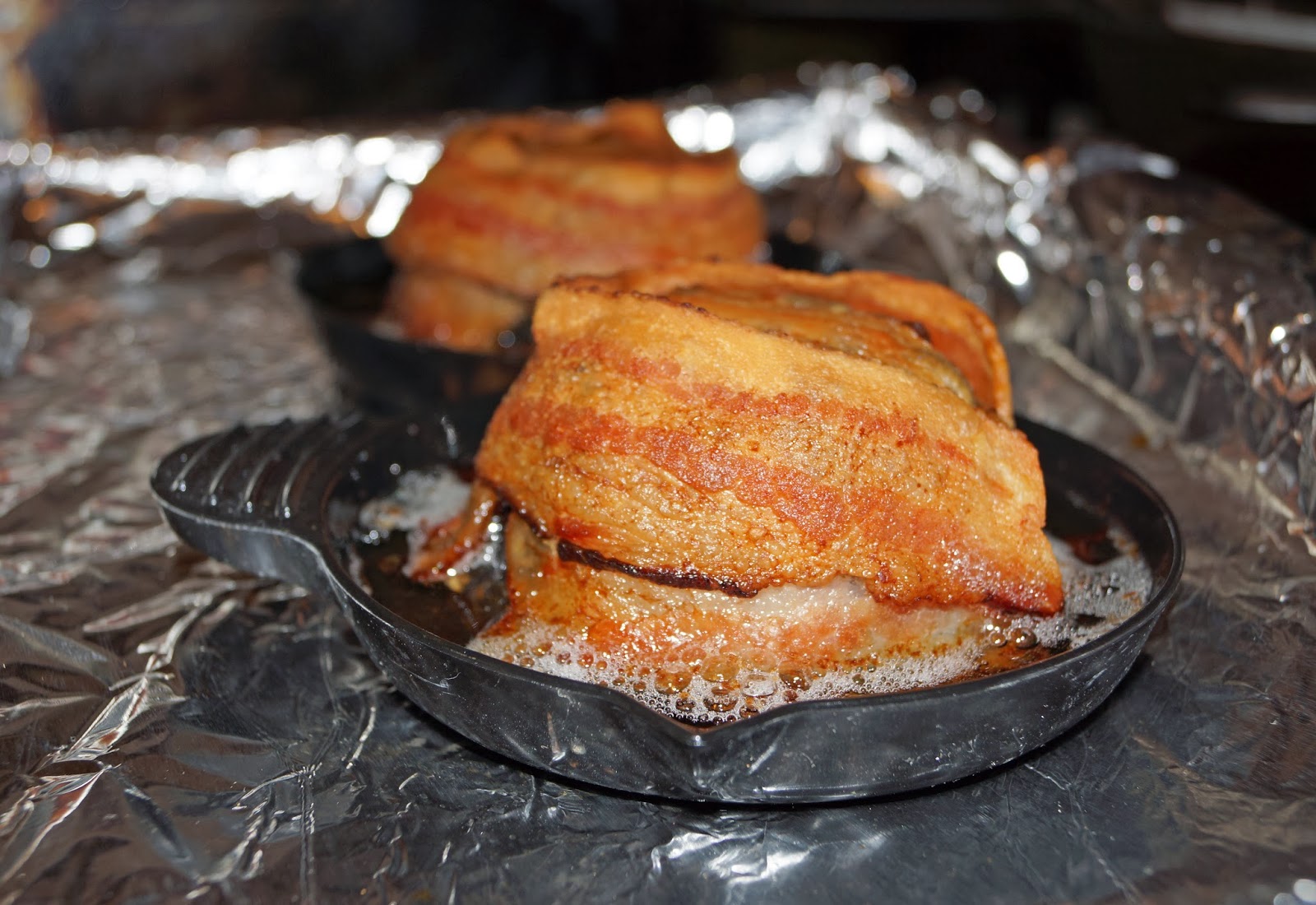 The construction of the bowl is simple. Three pieces of bacon are used in each bowl. The first piece is cut in half and draped in an X shape over the bottom. The second and third piece are draped around the sides to form the perfect cured swine vessel. A 35 minute trip to a 375 oven and even Martha Stewart would begin to drool. They are cooled slightly and then removed from the mold. 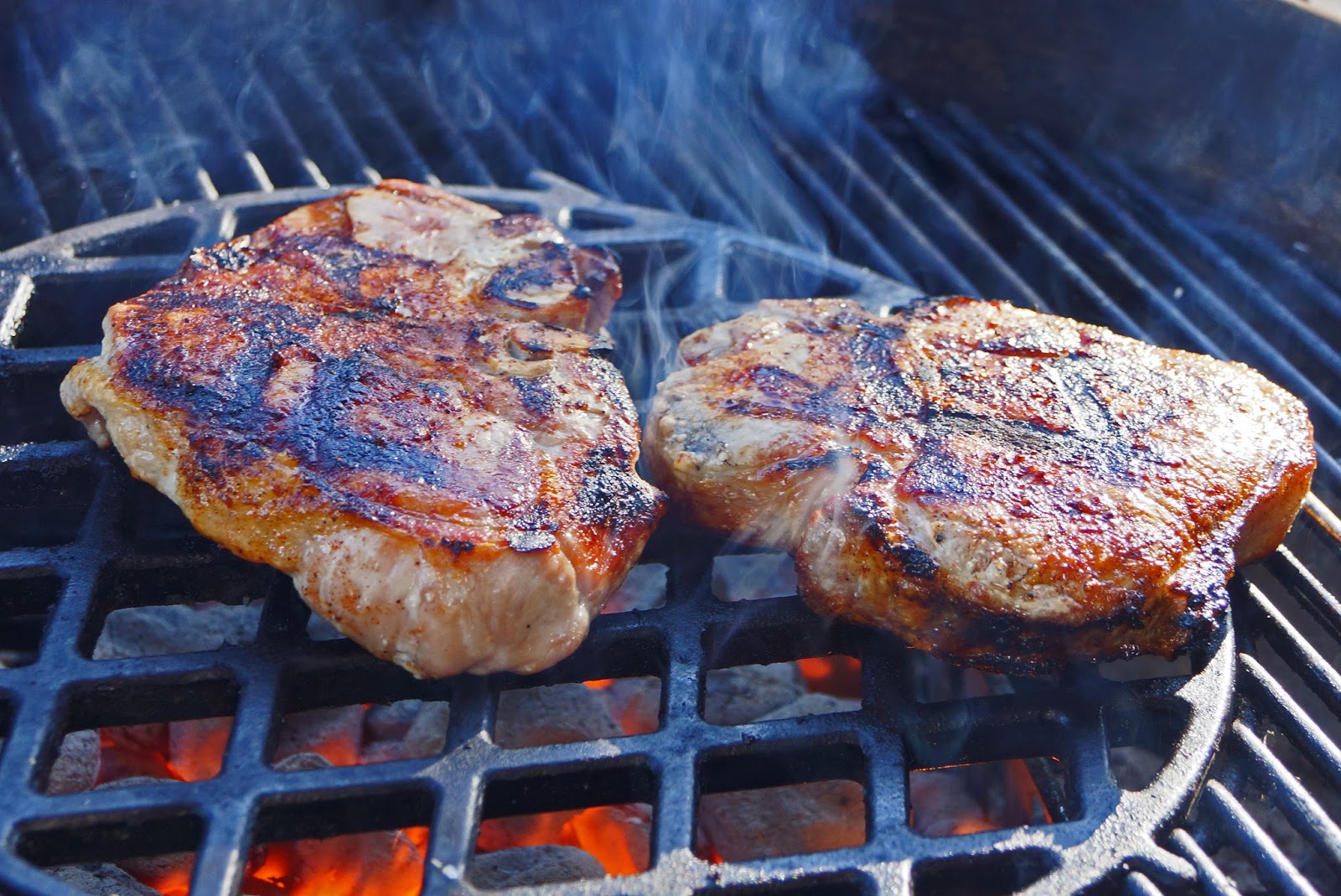 The bacon bowl uses are only limited by your imagination. Our initial filling was a green salad. This was accompanied by two beautiful 'Porterhouse' pork chops from the Fatted Calf. I will have to agree that everything does taste better in a 'Bacon Bowl'. This new utensil will go straight to a special spot in its proper drawer. 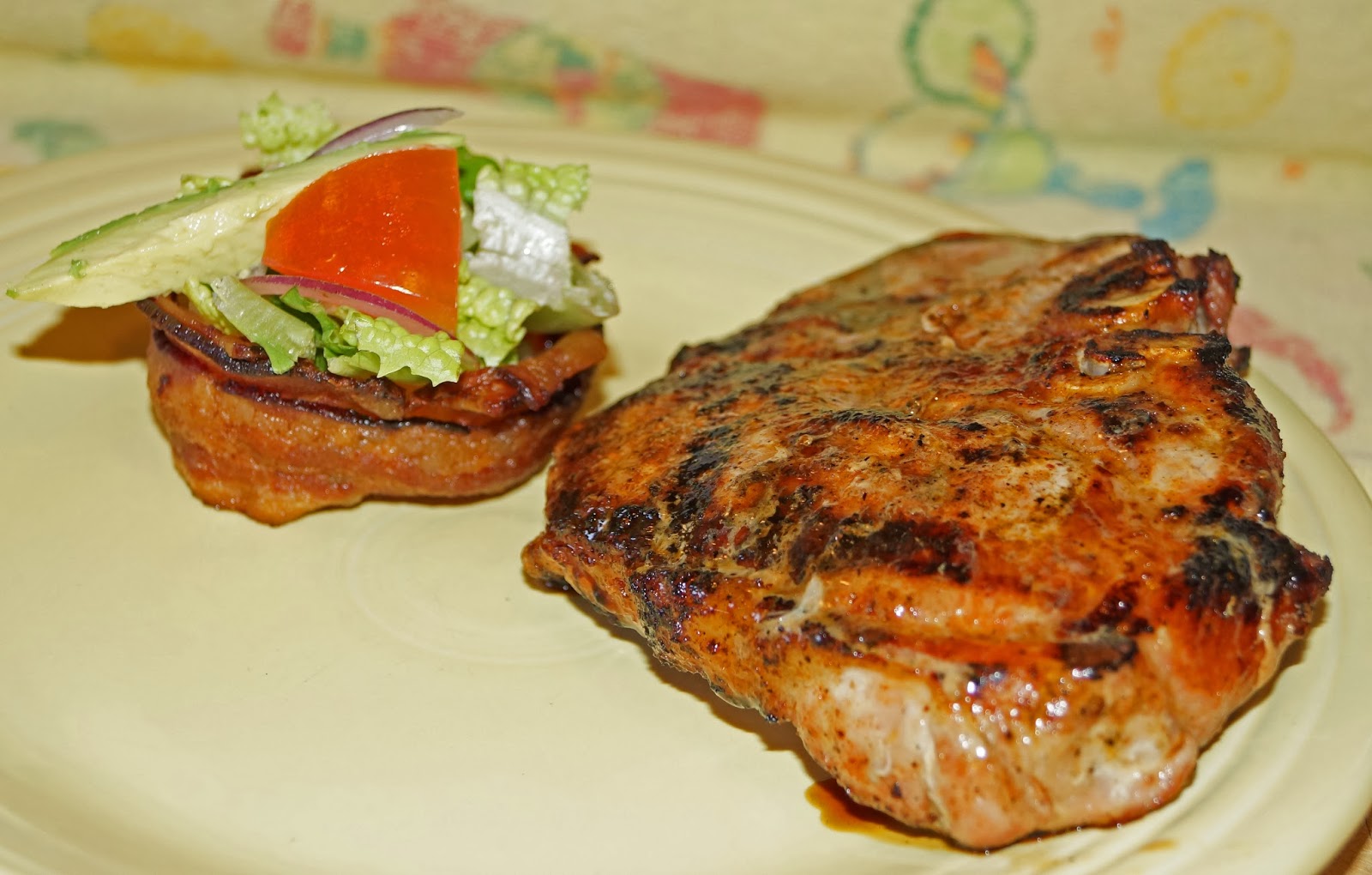 Posted by Chilebrown at 7:50 AM

I love it! If i had room for one more gadget in my kitchen, this would be it. I wonder if you could do the same thing with custard cups?

Zoomie, You could but it would not be the "Perfect Bacon Bowl".

Man, I definitely gotta get one of those!

Sure I could use the muffin tins, but if there's anything I need more of it's highly specific kitchen gadgets!