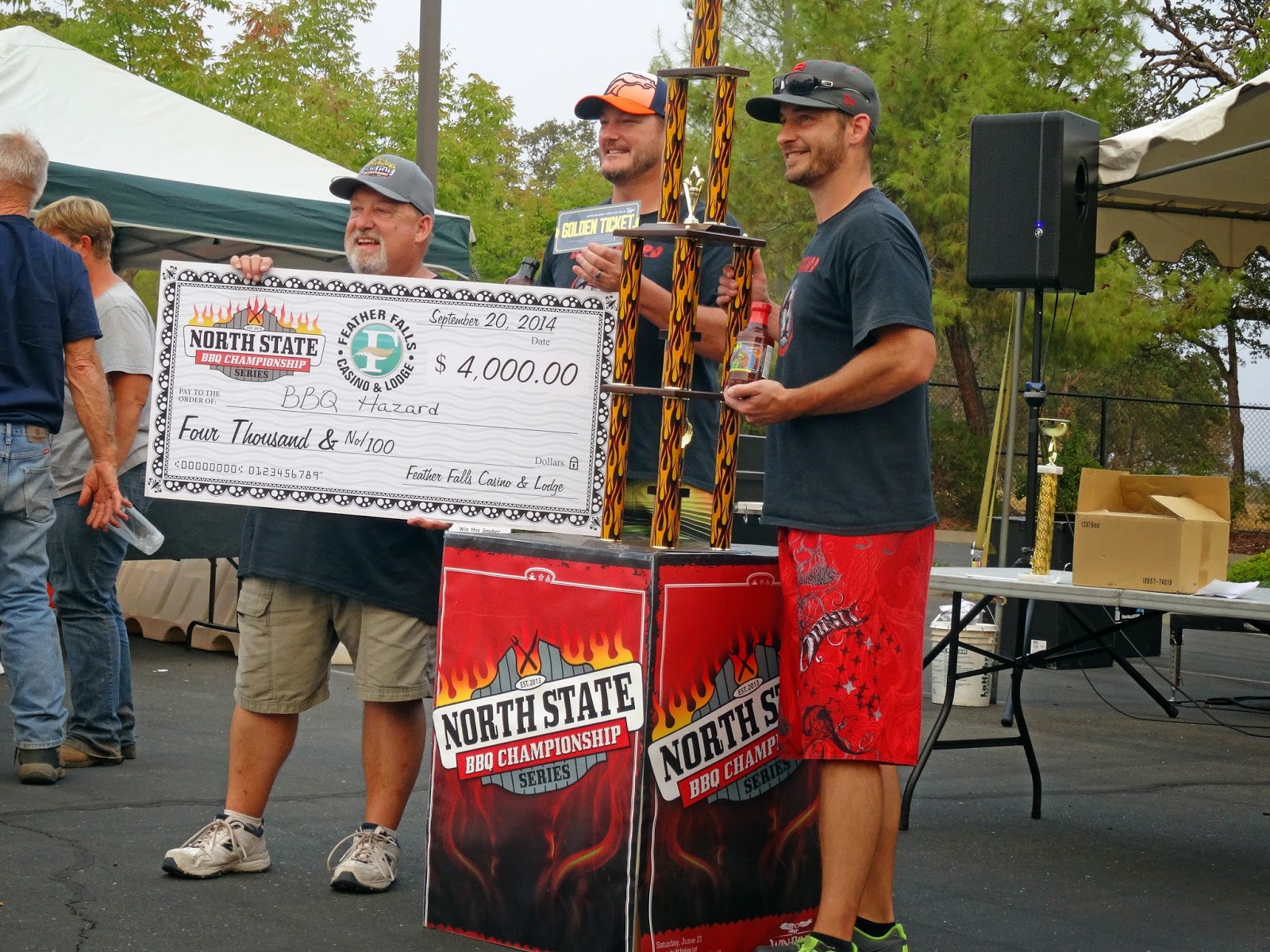 What a ride! This was a four event contest that just kept getting better. The North State BBQ Championship finals were held at the Feather Falls Casino yesterday. The weather could not of been nicer. Mother nature shined down on thirty two barbeque competitors, bikers, judges, gamblers and the bbq hungry enthusiasts. We would like to share some images with you. 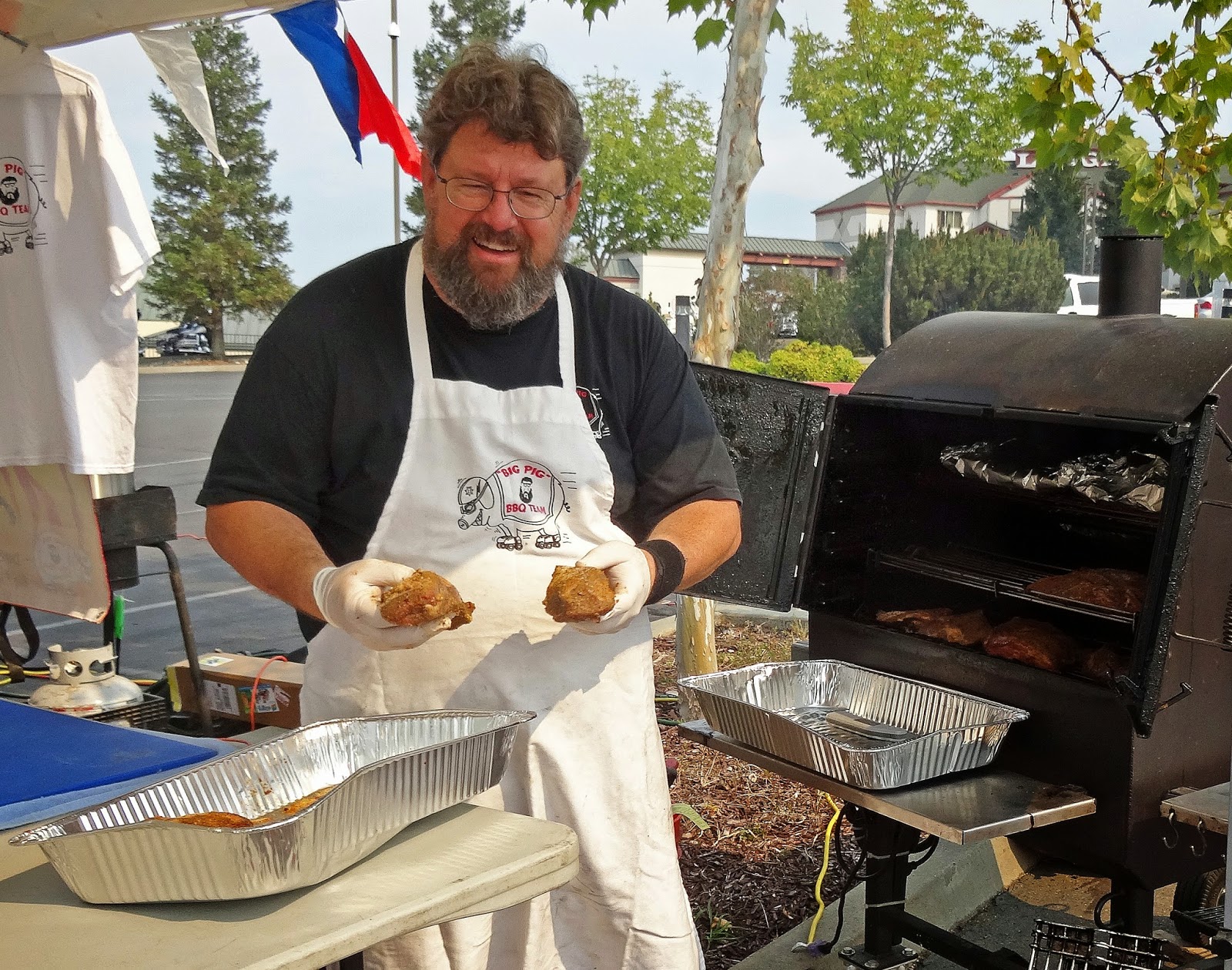 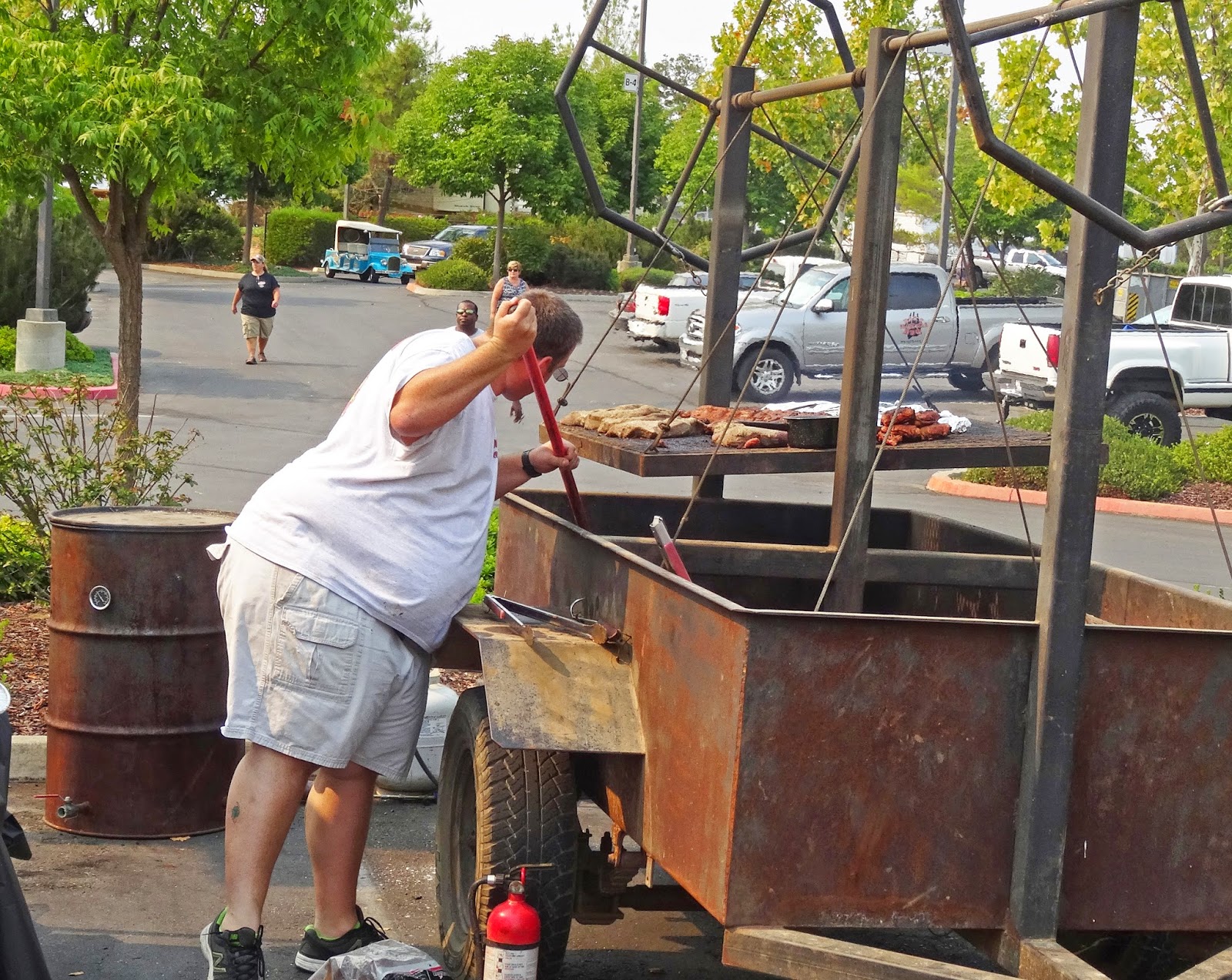 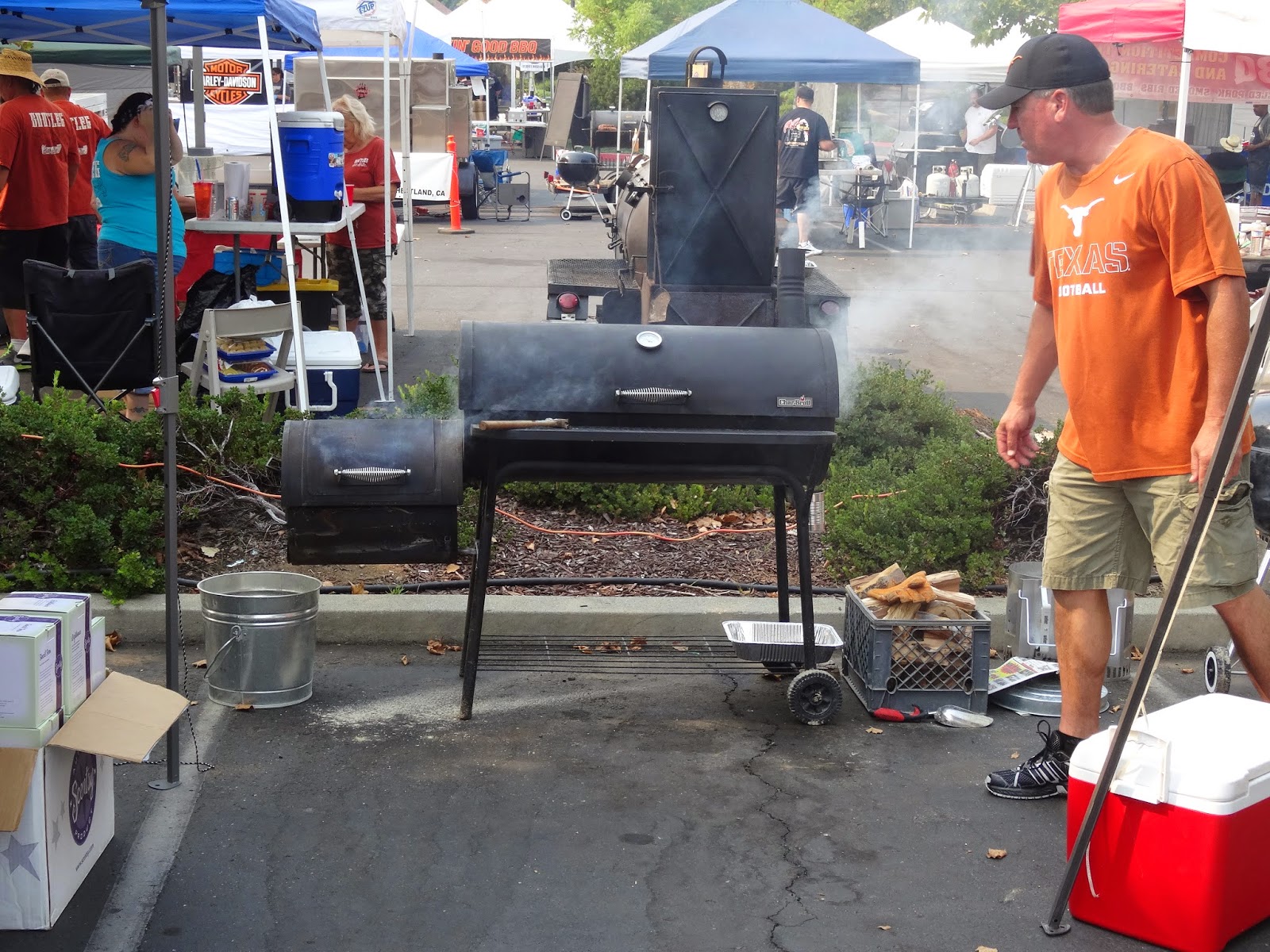 This was a three meat competition consisting of chicken, tri-tip and pork ribs. Thirty judges including Ms. Goofy and myself sampled and scored some of the best smoked meats in Northern California. It never stops amazing me the magic, meat, smoke, fire, seasoning and a whole lot of bbk knowledge can produce. The public had a chance to purchase samples of the bbq offerings. This bbq was so popular that it was sold out after several hours. Feather Falls Casino has a microbrewery on the premise. There was a beer garden conveniently located  near the food and music stage. 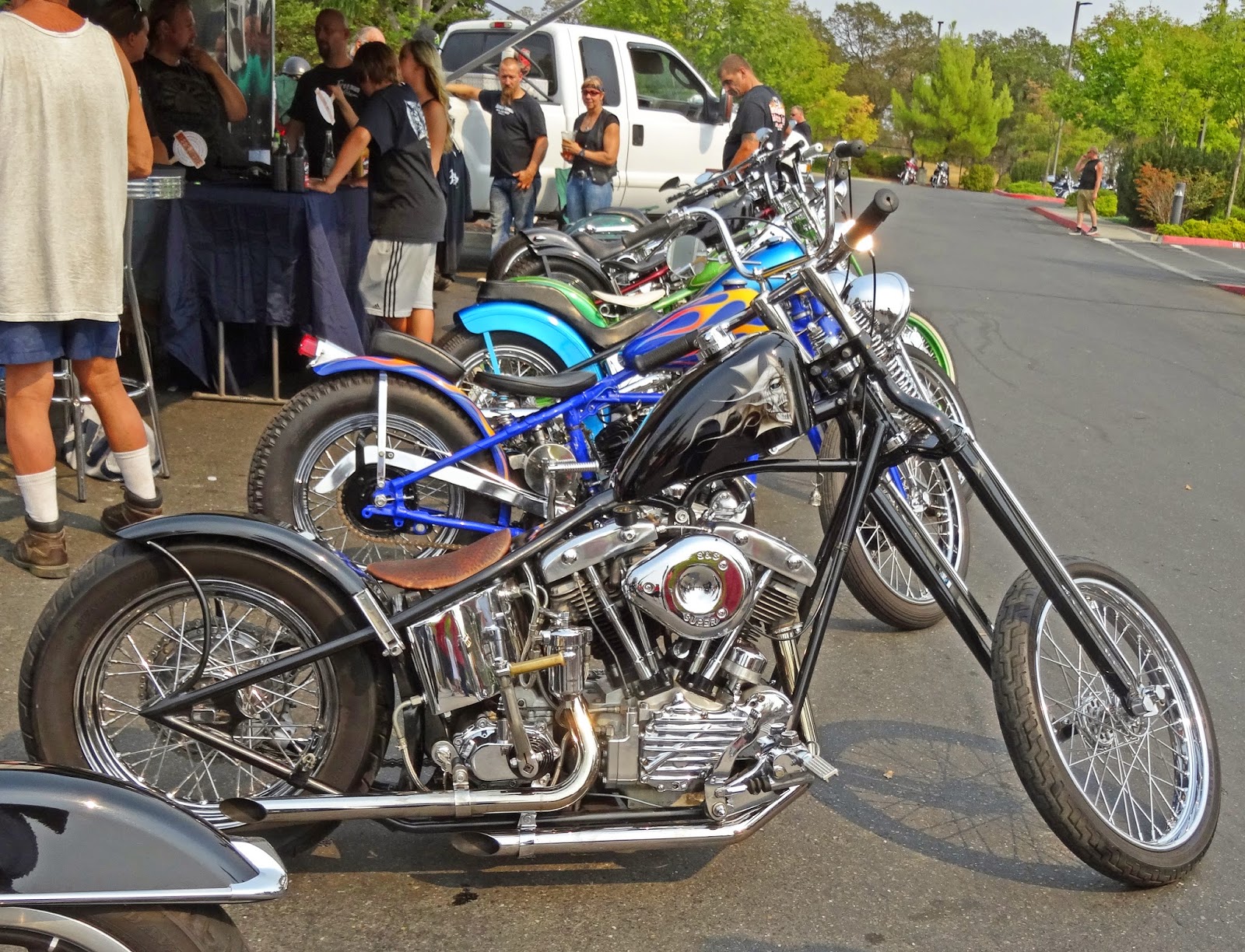 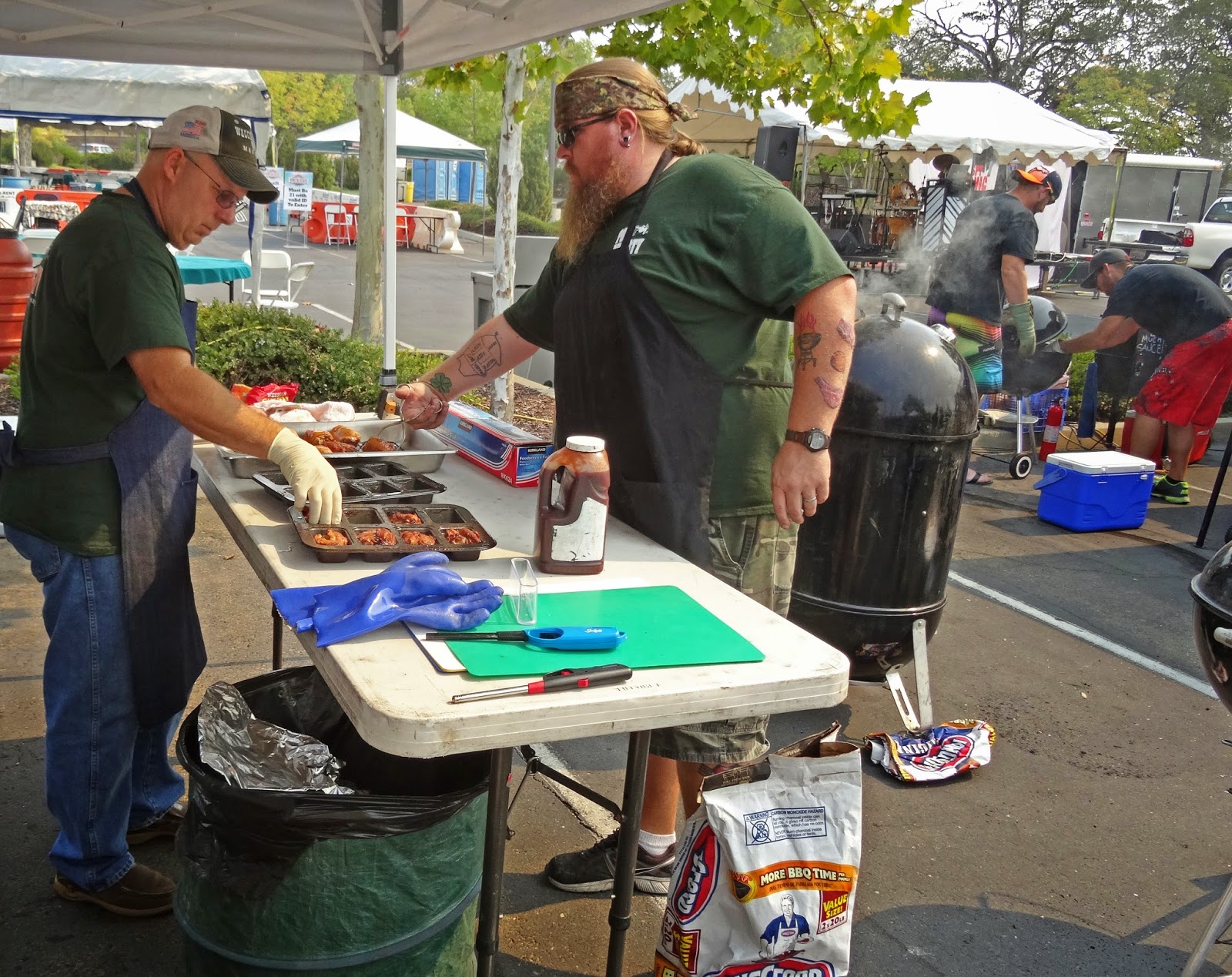 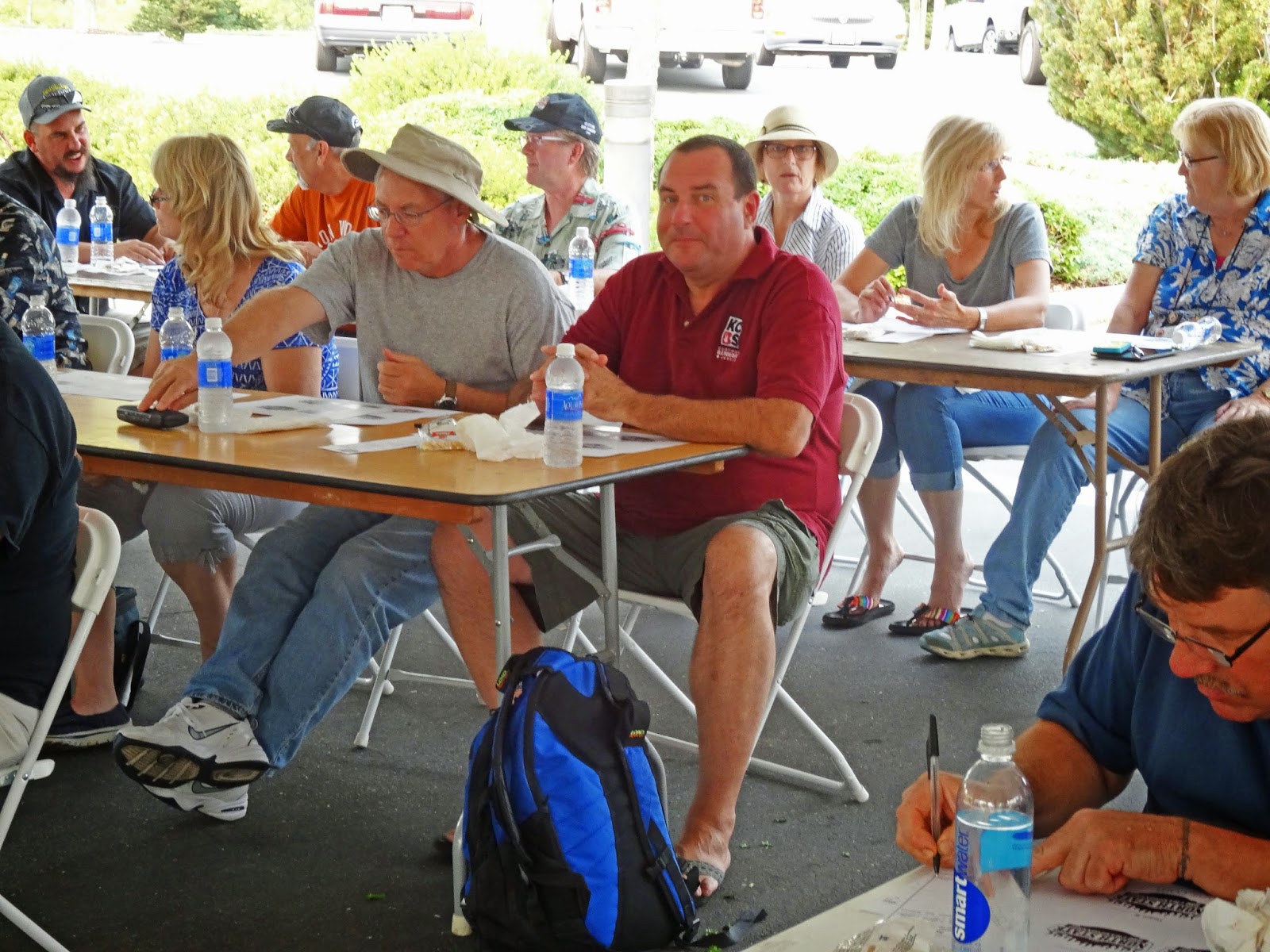 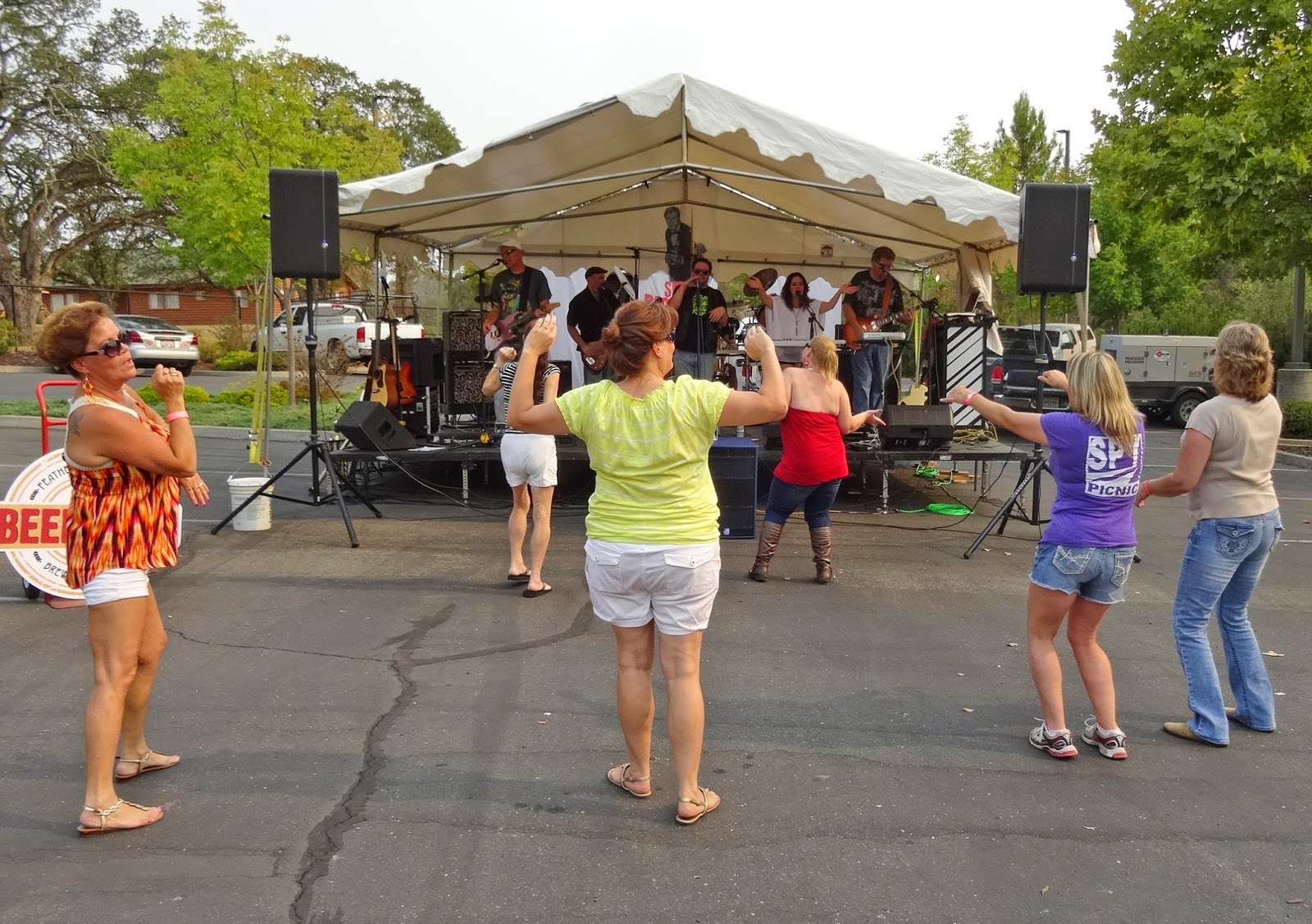 The band was very popular with the women participants evident by the makeshift dance floor. The men were safety enjoying the music in the beer tent area. I want to mention a special appetizer that I enjoyed created by the competition team of 'Carolina Q'. They had some bacon wrapped sausage that put a smile on this Mad Meat Genius face. This event also sponsored a motorcycle rally. It was quit the scene of polished chrome and Harley attire. 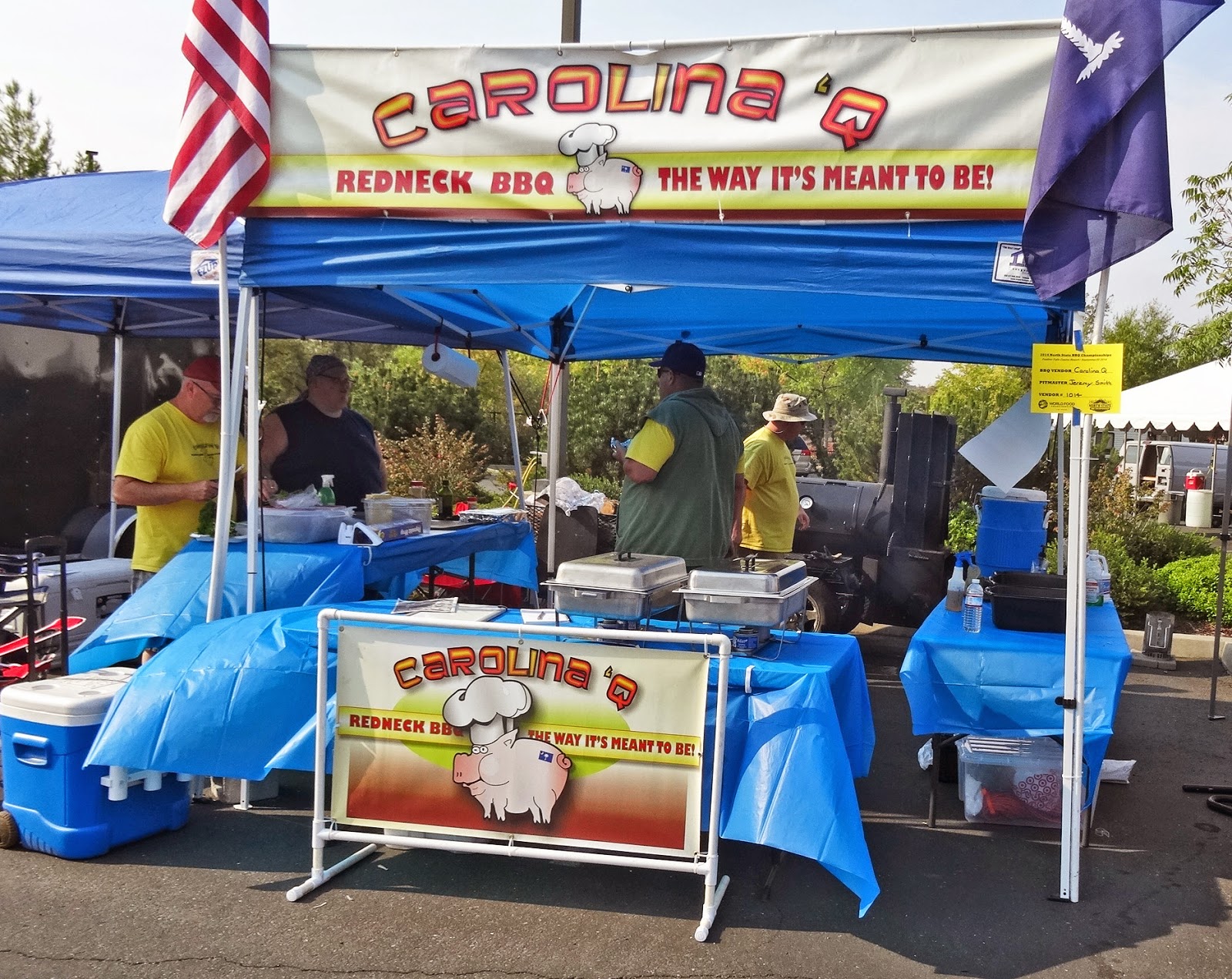 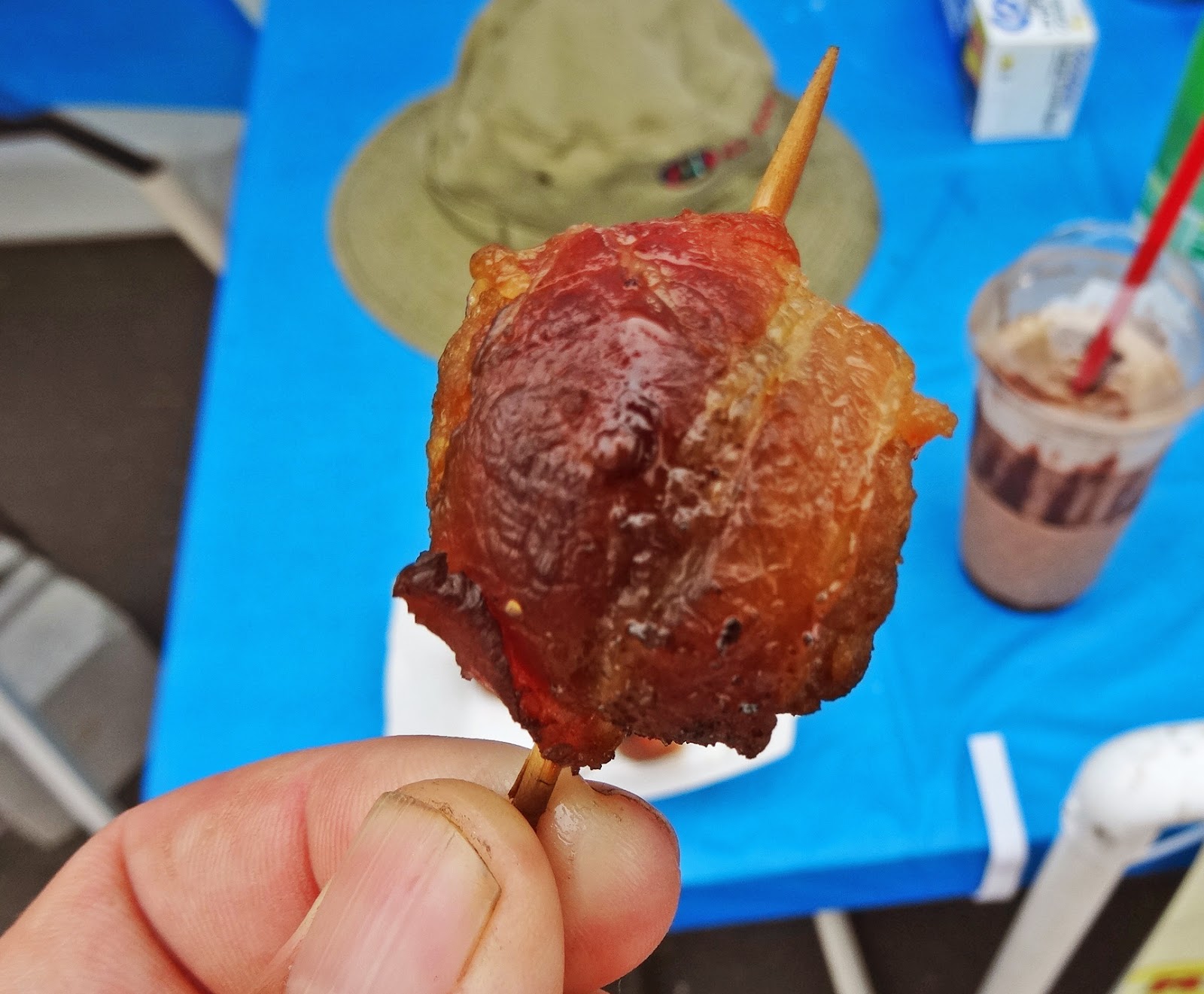 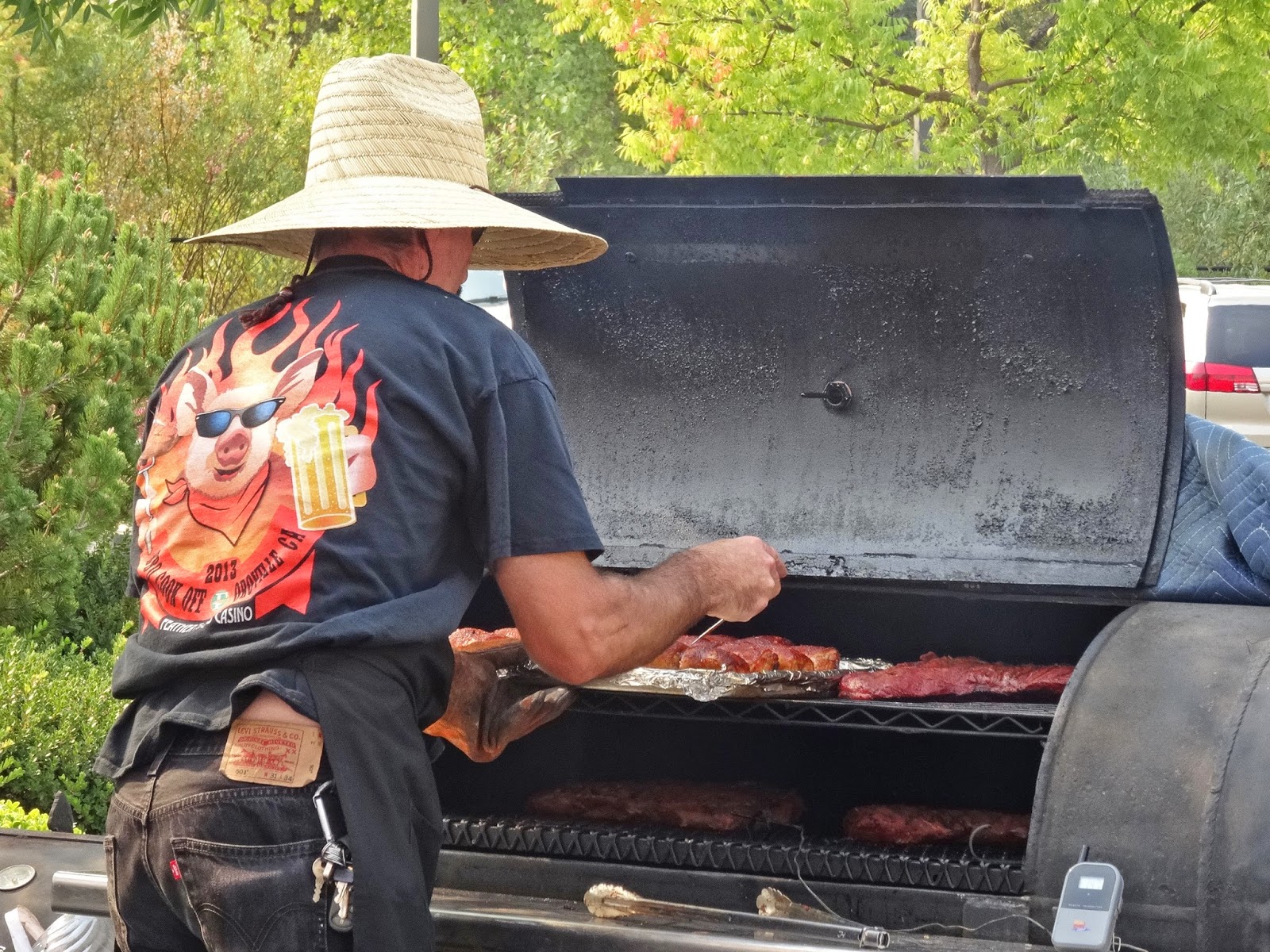 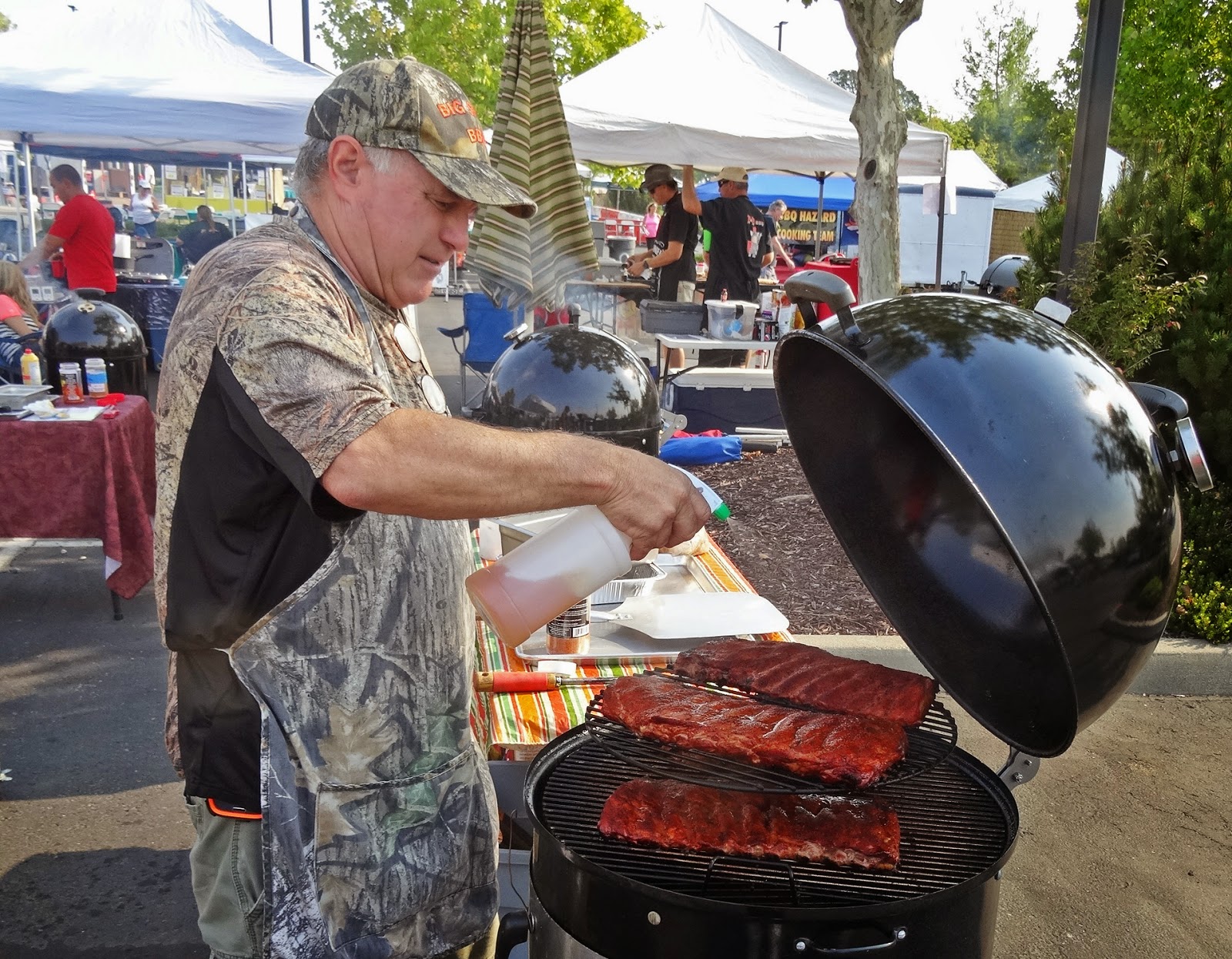 The scores were tabulated and the winners were crowned. What fun it is to see our friends and extended bbq family take the walk to claim their trophies It takes a lot of time, grit and moxy to compete and we take our hats off to all the bbq teams. It was a little sad knowing this was the last contest of the series. What a fun journey. 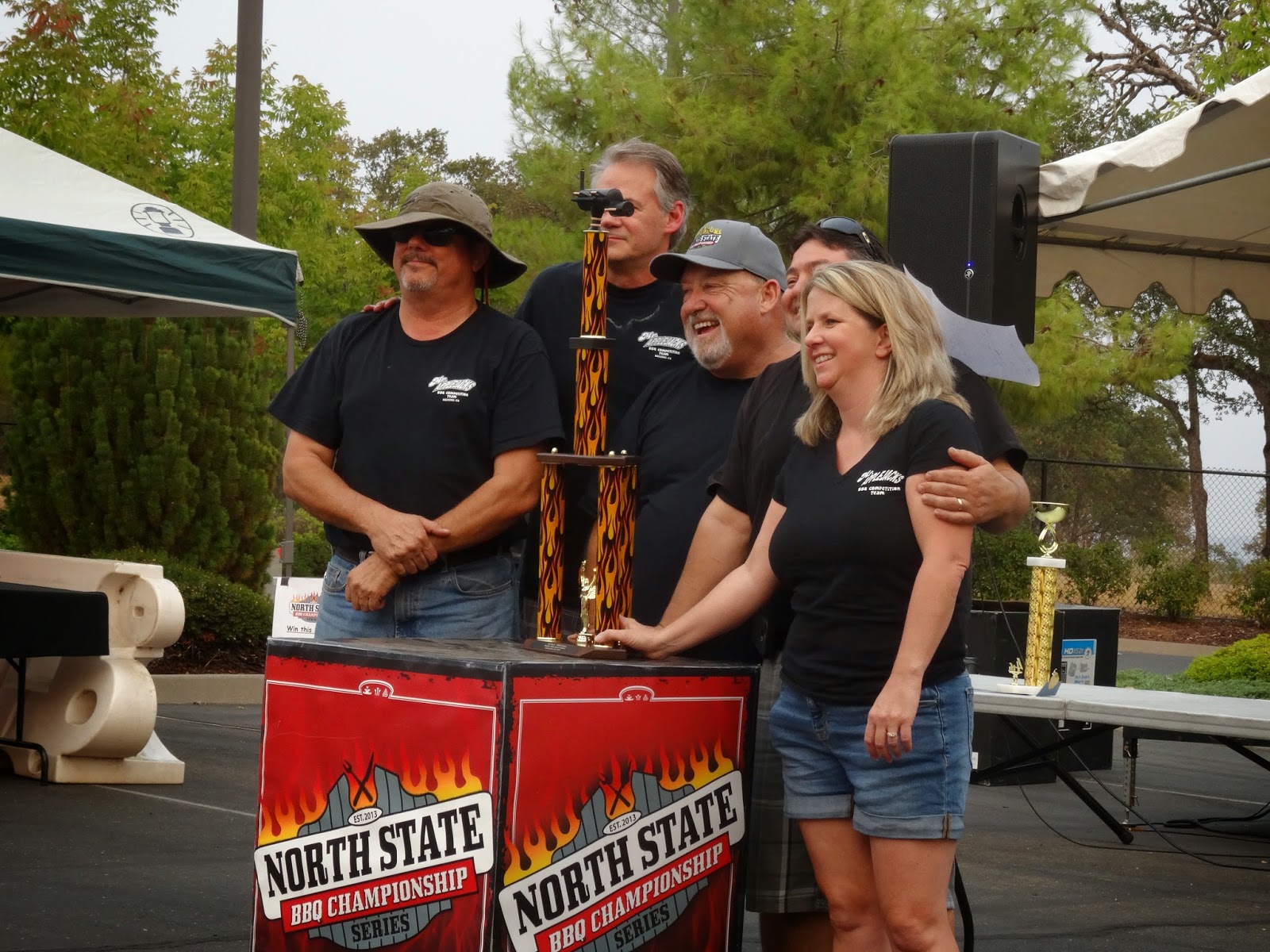 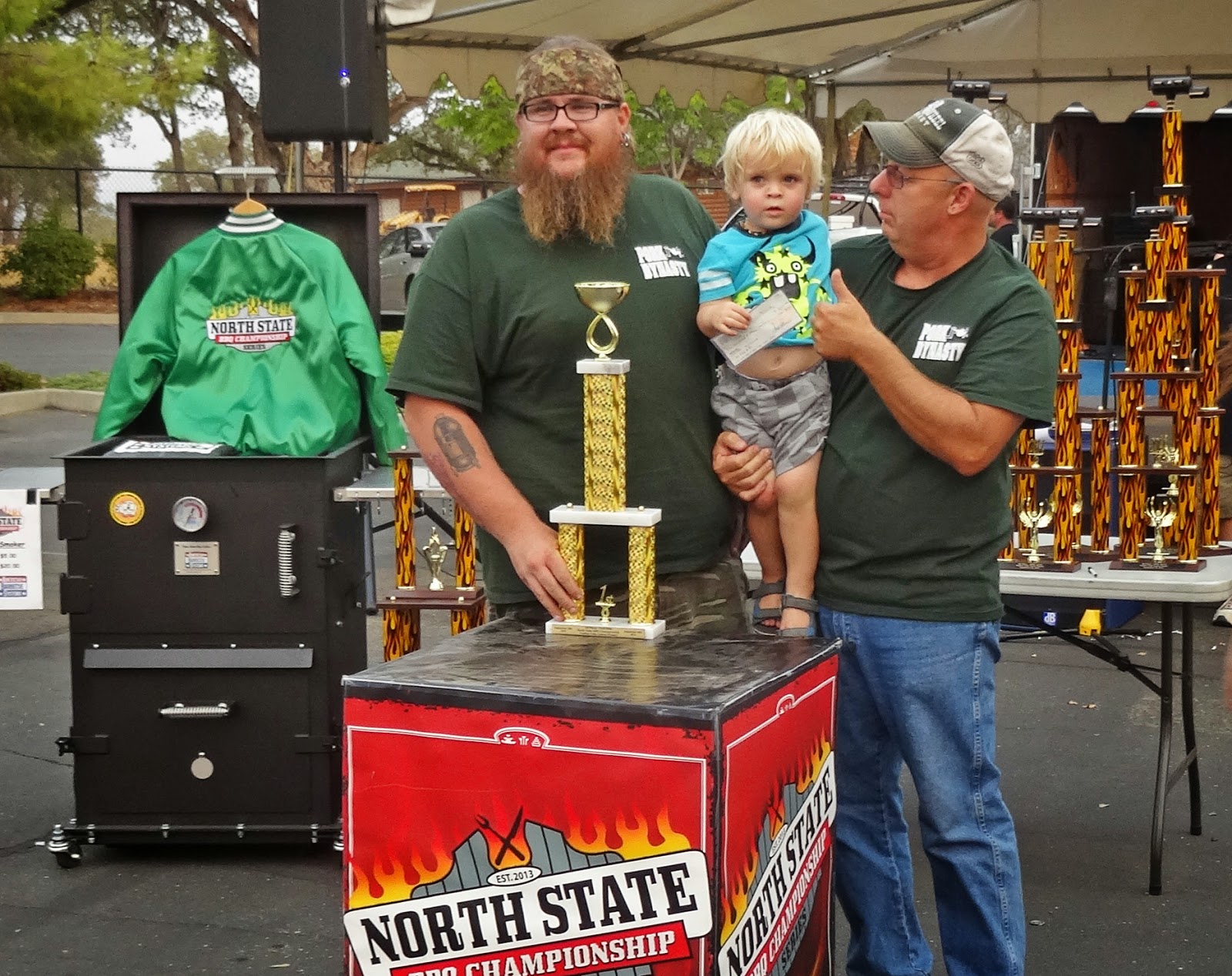 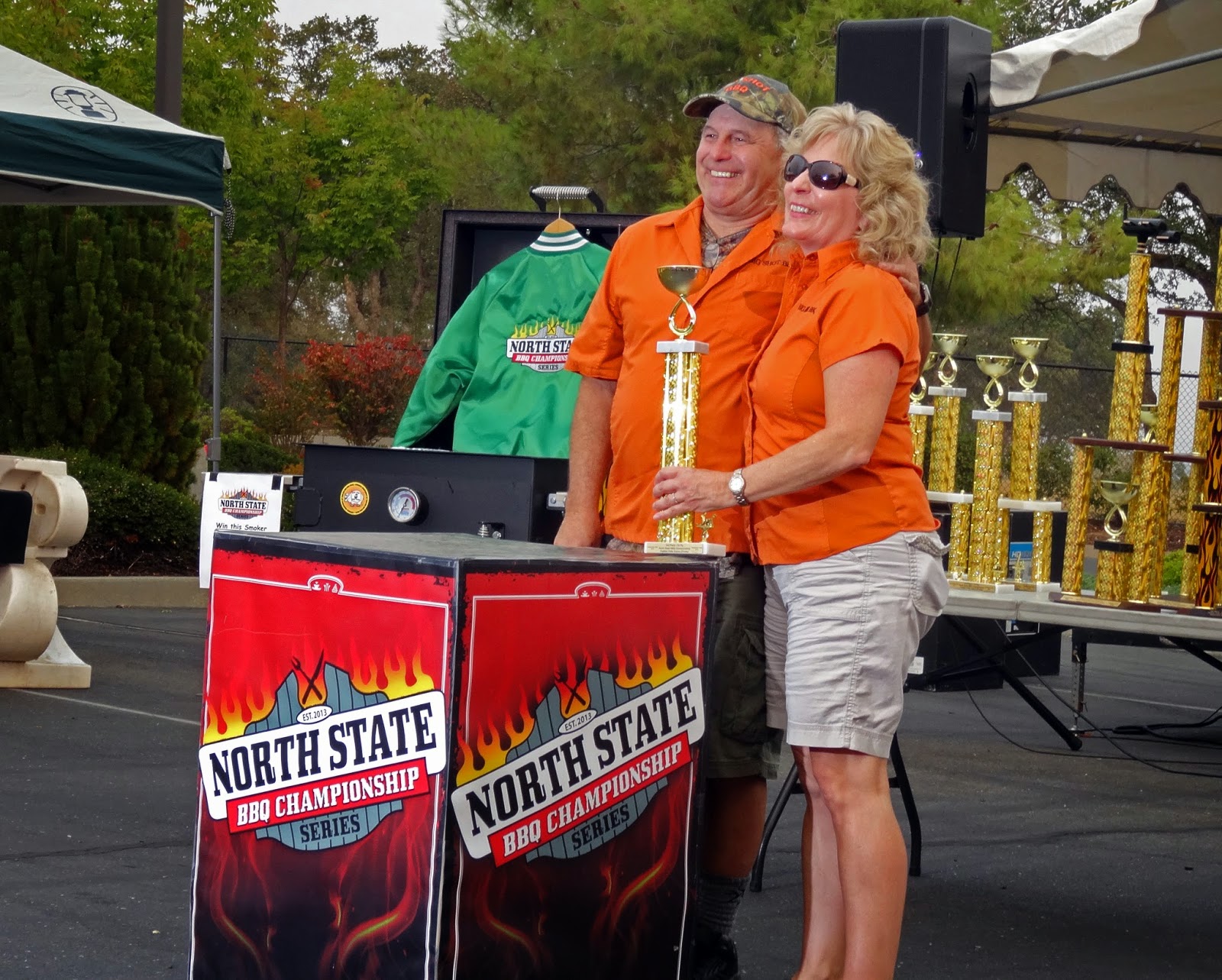 We cannot wait for the next competition. Thanks Scott Gomes for a great series. 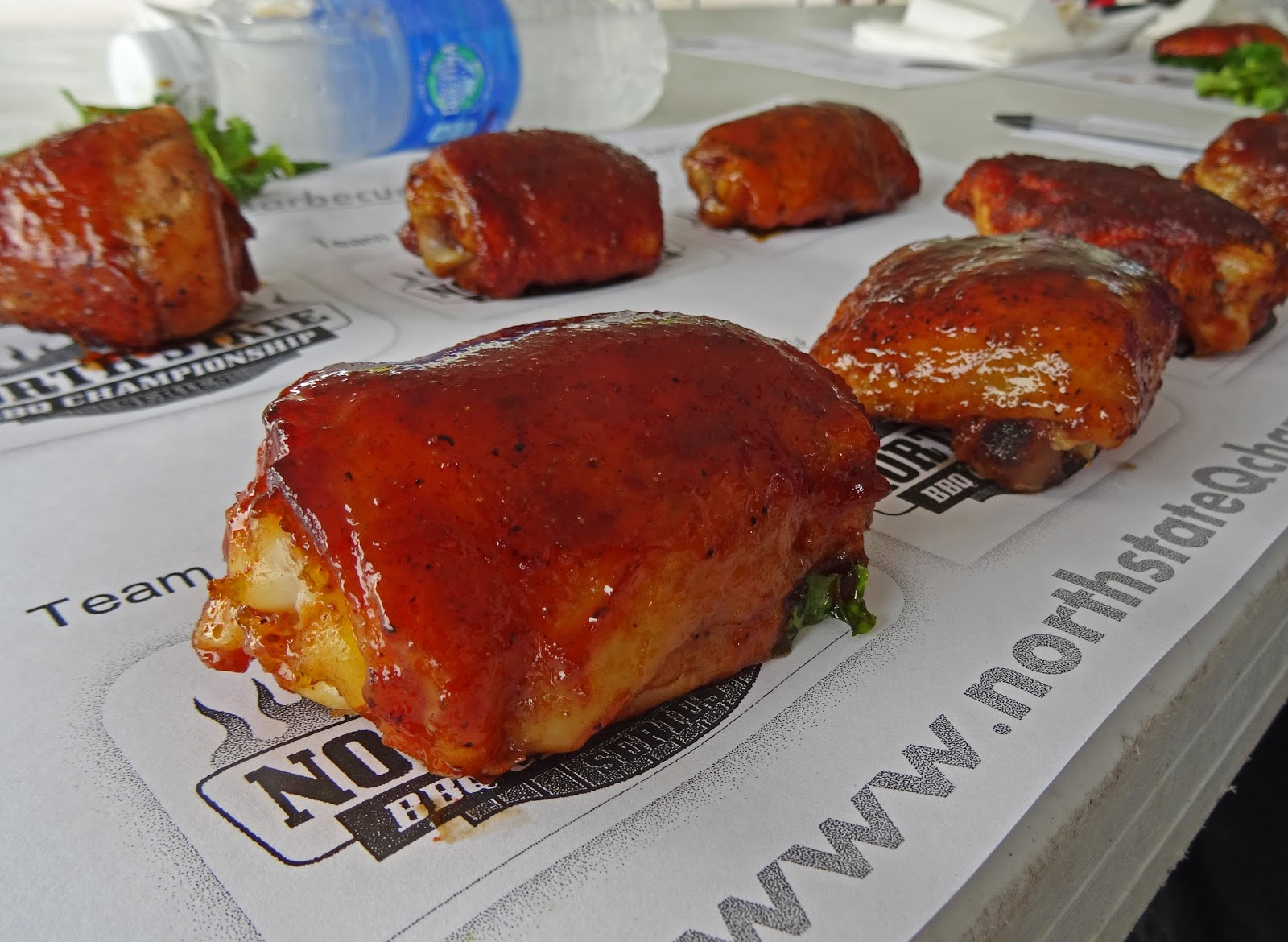 Posted by Chilebrown at 2:40 PM

Good times! Thanks for sharing the experience.

Greg, I have a craving for a Voodoo doughnut.

Mr.Brown I would consider a combination meat adventure, doughnut run in near future. Portland is not to far to drive for doughnuts. sugary thoughts GWH

greatwhite hunter, Do you need a designated doughnut taster to tag along?

You can jump on the train in Martinez at 11pm and be in Portlandia the next day at 3!

Greg, I have actually witnessed the greatwhite hunter parallel park a train.

Ah, the season is winding down. So bittersweet. Only one more to go for us...

Three Dogs BBQ, We have a rib only contest next month. We do not have a KCBS until late January. Ms. Goofy and I will have to compete in the backyard. She has her own 18 1/2 WSM. Let the contest begin.

I like these contests with different categories than the usual KCBS 4. I think it lets a more creative element come through.