CHOCOLATE COVERED BACON ON A STICK 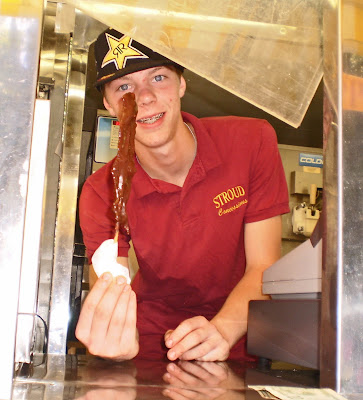 WaaaaHoooo! We found it at the Alameda County Fair. We found chocolate covered bacon on a stick. It was just as good as it sounds. It was chewy, salty and best of all a chocolate delight. The chocolate bacon was skewered on a stick for easy consumption. 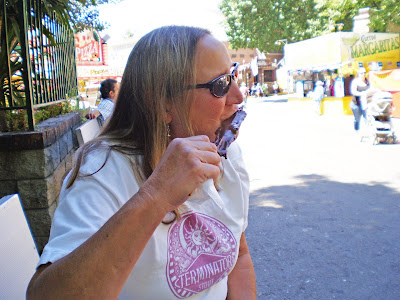 The Alameda County fair is an old fashioned summer fun event. The amount of different and so unhealthy foods that were offered for sale was staggering. We were in fair food heaven. We never did find out what 'Smoke On -A -Stick' was. We also wondered if 'Big Bubba's BBQ' was really that bad? 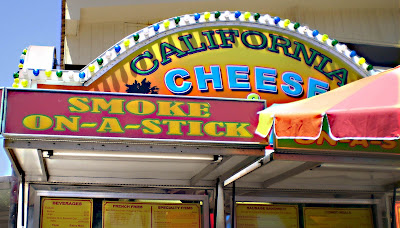 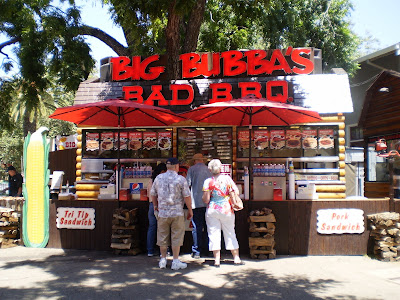 We took some pictures and strolled through out the fair. We found a temporary tattoo artist that left a semi-lasting impression on Ms. Goofy's ankle. 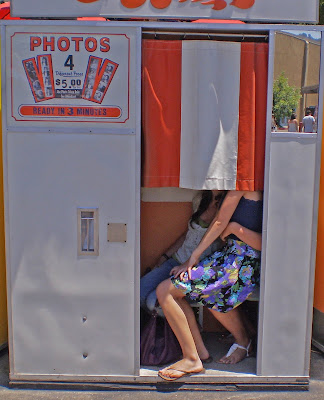 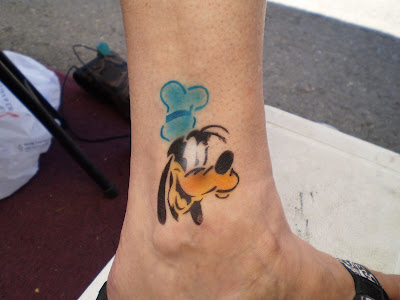 We stopped by the 4-H pavilion and ran into a group from the 'Oakland Swine Project'. We took a gander at some livestock and decided it was time to watch the ponies run. It was time to hit the track a try our luck. 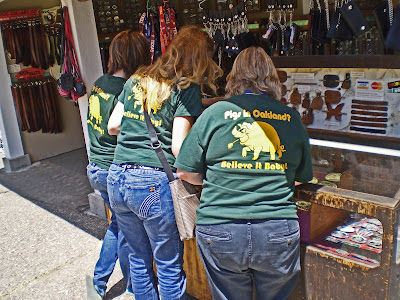 I just wanted to show you what a losing ticket looks like. My horse did not finish last but very close. We did not feel like losers because of our great day at the fair. The chocolate covered bacon on a stick was a winning ticket in our book! 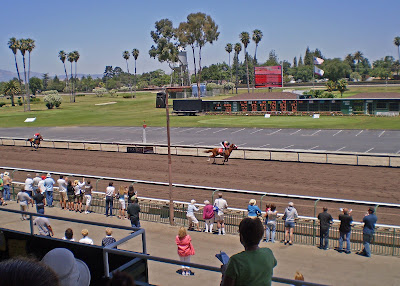 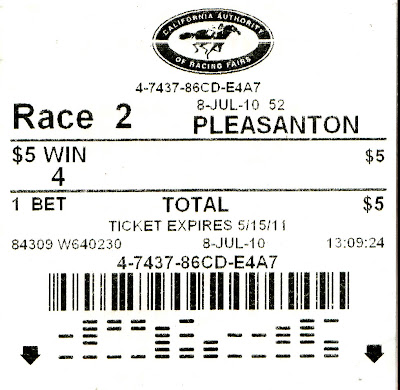 Posted by Chilebrown at 9:52 PM

Now, that looks like just plain fun. Not sure about the chocolate covered bacon - I'd probably have tried the bad bbq.

Any blueberry girls on poles?

I saw that bacon when the local news did a story on the fair. Glad you found some!
I love Ms. Goofy's Goofy.

What tattoo did you get MMG?

Bacon on a stick! You have all the basic food groups represented.

Funny, Trevor just asked last night if we could make chocolate covered bacon this weekend. Don't know where he saw that one.

Greg, and so tasty too!

Chris, Does Trevor read MMG? I will look forward to your post because I know you will have to make some chocolate covered bacon now.

Greg, You know there is a brewer in Santa Cruz that brews a bacon beer. I have talked to the brewer about tasting some. He led me on a 120 mile goose chase so I will reserve my opinion.

Hey Colleen, We are patiently waiting for the new McMenamins to open in downtown Portland. When it does we are there. We have been to all of their properties. Too much funn!!!!!!!!!!!!