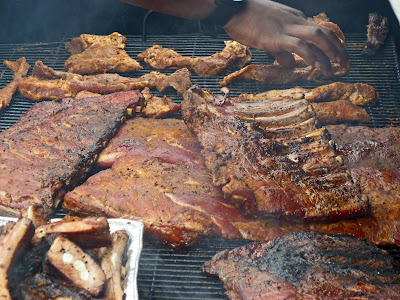 It was M.C. Hammer bobble head boy ball day at the ball park. The ‘Oakland Athletics’ split the double header with the 'Los Angeles Angels' Prior to the baseball game the main event was held in the ballpark parking lot. The Bay Area BBQ Championship was a fun and entertaing morning filled with barbeque, food throw downs, cooking demonstrations and music. This wonderful event was held for the benefit of foster children. We witnessed a lot of smiling and happy young ones throughout the day. They had one of those inflatable bouncy things that I was not allowed on. I could of got my face painted but we had judging duties to perform. 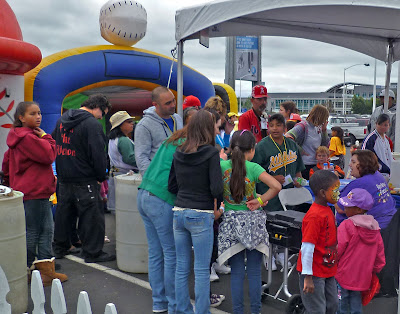 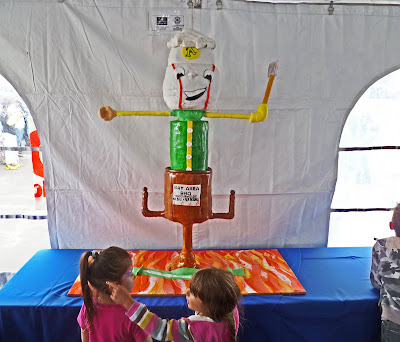 Today’s barbeque contest was held under the IBCA (International Barbeque Cookers Asociation) rules. We normally judge contests under KCBS guidelines so the procedure was a little different than we were acustomed to. The judging of the meats is a little more informal but still serious business. Today we had a number of celebrity judges. Captain Chesley ‘Sully’ Sullenberger drew quit the crowd. Everybody wanted to shake his hand and pose for a picture. He was a tall man and stood out in the crowd like the hero that his is. Narsai David and Joey Altman two local television food personalities participated in the judging. Ms. Goofy and I judged ribs and pork shoulder. We tasted some barbeque that was so good we wanted to cry.. 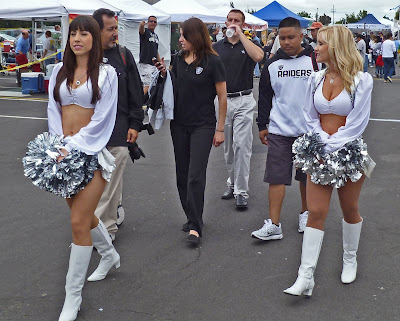 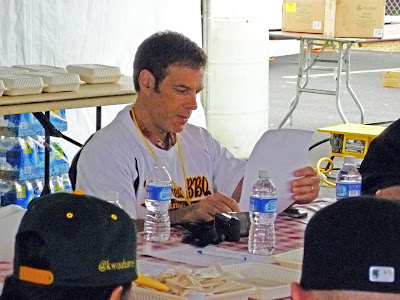 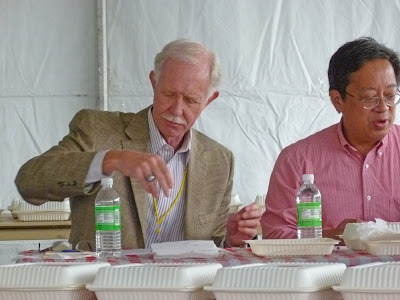 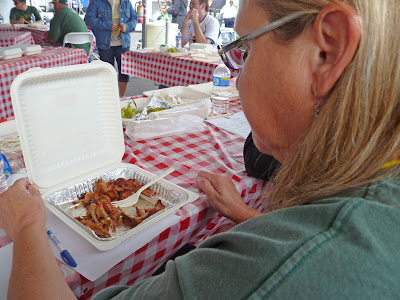 This event was not all bouncy things and cheerleaders but a serious barbeque competition. After our judging duties were fulfilled we walked the grounds and witnessed some intense barbeque preparations. These competitors spend all night tending their barbeque pits. The real excitement comes right before turn in time. The best cut of meat needs to be sliced and arranged in a box for judging. This is crunch time. To cook four meats and present them is an art and skill that we appreciate. 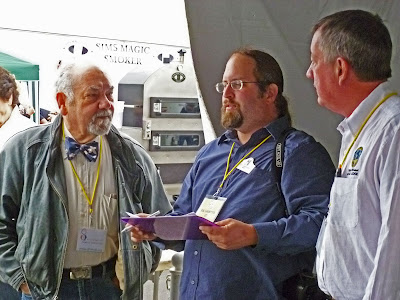 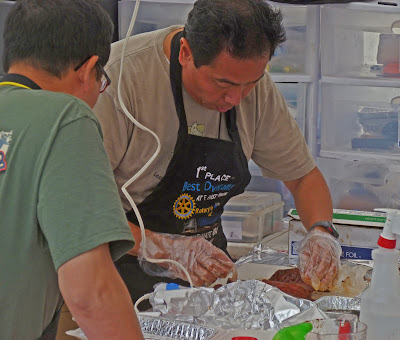 Baseball and barbeque does not get any better. Congratulations to “Big B Down N Dirty BBQ” for winning the Grand Champion. We would like to thank Jennifer Harper from ‘Alternative Family Services’ for putting on a fantastic event. We witnessed a lot of happy children and adults today. Our belly’s are full and our smiles are large. 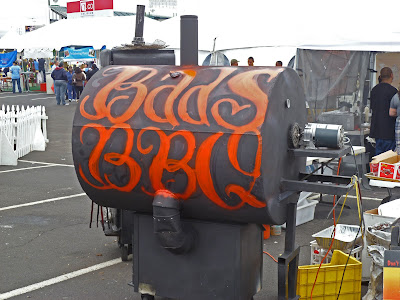 Amazing! This sounds like one of your best judging events yet. (Hello, Narsai!)
Great to see you this morning. Let's have frequent Sunday meet ups. I will try not to wimp out (I had to run home and dive under the covers to warm up).

cookiecrumb, You do not know how much fun we had this morning seeing you. Rob+Humphrey,You-Lauren; movie star status. Yes lets meet again/
"The stuff that dreams are made of."

I DO know. We had a good time wit you twose.
We ate the eggplant for lunch. Heaven. Blog soon.
Happy chicken tonight.

Those cheerleaders look like they are hiding something...like maybe they stole some BBQ and are smuggling it out of the area. ;)

Did you get Sully's autograph and your picture taken with him?

Greg, I should of frisked them.

Zoomie, Ms. Goofy had a picture taken with Sully. I posed with my buddy Joey.