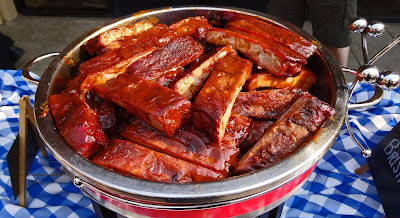 Napa Valley may be known as a World Class wine destination but they also know how to throw a party. This party was to benefit the; “Napa Valley Education Foundations’ Music and Arts Program”.  Our friend, bbq promoter and fellow Kansas City Barbecue Society Certified Master Judge Ben asked us if we wanted to partake in the festivities. This was a no brainer. Half a dozen local microbreweries’, wine and barbeque made this invite a welcome way to spend an evening. This event was held at the very posh Napa Valley Marriot who also happens to be the summer training camp of the Oakland Raiders. No football players were present but we scored plenty of touchdowns tonight which we would like to share with you. 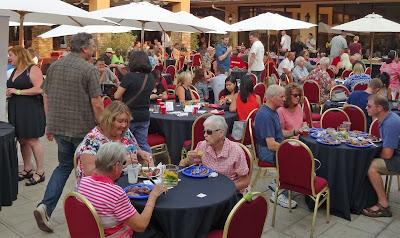 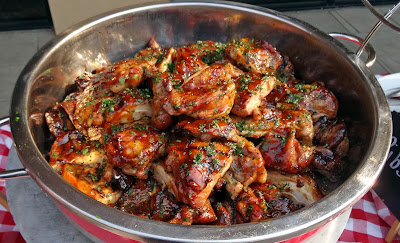 This fundraiser event had a barbeque battle theme. Two chefs, Pat Burke & Joey Ray would cook their best bbq dishes and the attendees would sample a blind tasting to vote for their favorite. Pat Burke is well known on the barbeque competition circuit as part of the team; “Too ashamed To Name”. Joey Ray is the head chef at the Napa Valley Marriot. They were split into two teams; one red team and the other, blue team. The food was separated on a festively decorated buffet line. It was quit elegant seeing a pile of ribs served in silver chalices. 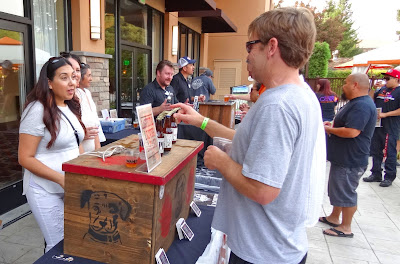 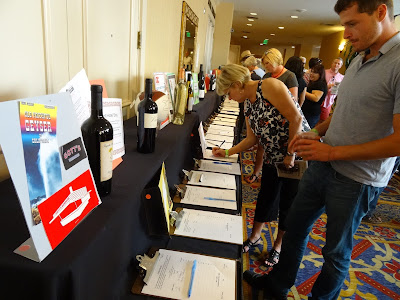 This was some great tasting barbeque. To feed a crowd good barbeque is a challenging task. It was not competition barbeque but was very satisfying for this hungry group of celebrators. It was not an easy task picking our favorite. Brisket, ribs and chicken cooked in different styles were offered.  I enjoyed some of the side dishes of seasoned Heirloom tomatoes, juicy watermelon, cowboy beans, creamy cornbread, and spicy jalapeno cole slaw. When we had eaten our fill of both the red team and blue teams offering we voted for our favorite with a poker chip which was placed in a voting vessel.
This was a fundraiser which offered a silent auction. Many Napa themed prizes were up for bid. Wine packages, lodging, tours and so much more would be bid on benefiting the Education Foundation. The Oakland Raiders and the Marriott donated a suite with limo service food at an Oakland Raider game. 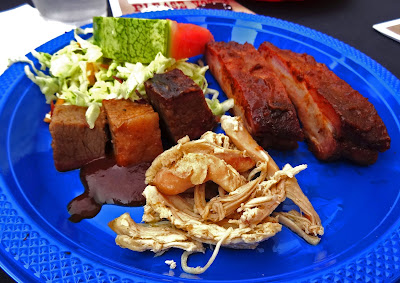 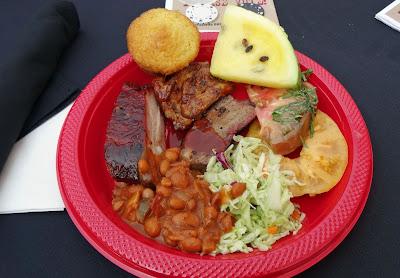 Local microbreweries served different offerings of great tasting beer. I made a personal observation that the wine booth seemed possibly a little more popular. You know we were in Napa. Several bands entertained the well fed and lubricated crowd. It was time to announce the winner of the BBQ Battle. The Red Team headed by Joey Ray was declared the victor. Everybody was the winner tonight especially the benefators of ‘Napa Valley Education Foundation’s Music and Arts Program. Good times. 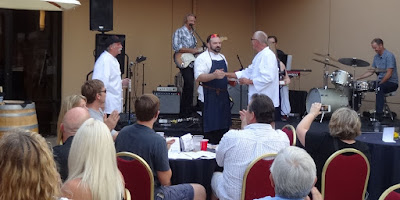 Posted by Chilebrown at 7:31 AM

sounds like the perfect way to spend an evening.

Big Dude, It was most enjoyable. This weekend we have another BBQ competition to judge that also happens to be a beer festival too. Oh the sacrifices we make.