SMOKE ON THE RIVER 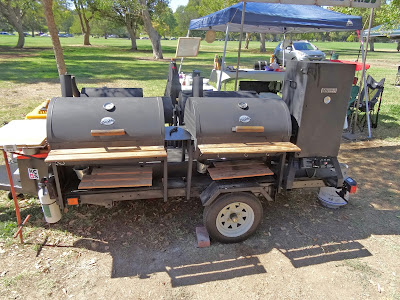 It seems like just last weekend we were enjoying great bbq and plenty of liquid libations. This weekend we were at a bonafied KCBS state championship. We donned our official Kansas City Certified Barbecue Society Master Judges Badges to participate in the 2nd Annual Smoke On The River competition held in Sacramento California. This too was a fundraiser benefiting the Sacramento Artist Council. Forty nine teams battled to serve their best competition; chicken, ribs, pork shoulder and brisket We would like to share a couple of images with you. 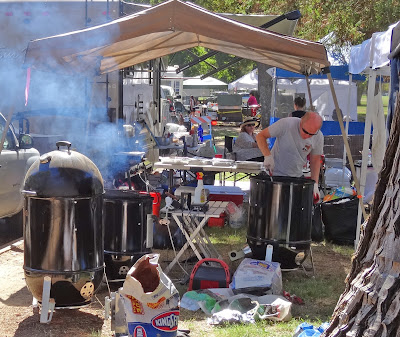 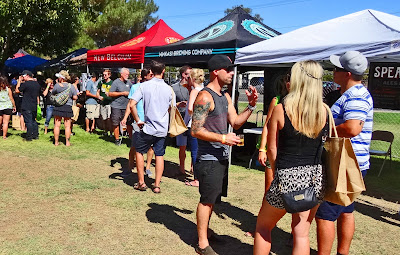 What a perfect day for an event. The sun warmed up the grounds to the mid 80's. There was plenty of shade in this tree lined park. The judges had a nicely ventilated tent to provide comfort for judging duties performed. Judges comfort is something we appreciate. We need to focus and perform evaluations to the best of our abilities. We may have experience but each and every judging opportunity is unique and has challenges which we embrace. I would like to also add it is very fun to taste and score some of the best bbq in the nation. 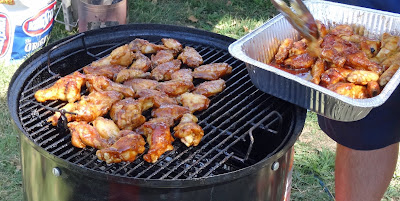 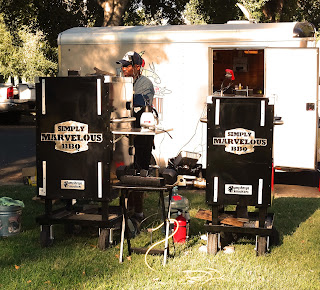 The public was admitted to a fenced in area in the park. In this area they were able to imbibe and eat to their hearts content. There were about a dozen different beer booths from different local microbreweries. No wine was spotted at this event. There also was a tent which dispersed barbeque offered from each and every one of the competitors. The public could sample and score their favorites to pick a "Peoples Choice' winner. While the public was celebrating with food and drink a band provided entertainment. We witnessed nothing but smiles and merriment in this arena. 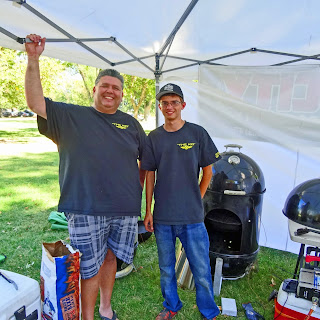 The winners were declared. Simply Marvelous BBQ was declared the Grand Champion. Zack "The Kid' of 'Son of Smoke' came in a respectable 8th place. He had just celebrated his 18th birthday and was returning from back to back Grand Championships. Zack is and will be a force to be reckoned with. This was another great bbq weekend. 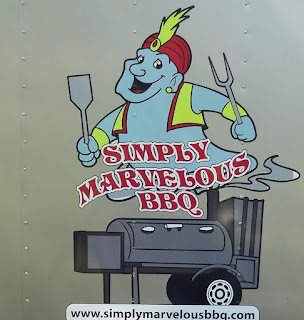 Posted by Chilebrown at 6:47 AM

Since folks win with all kinds of cookers, I like that comps prove it's the cook and not the machine that makes the difference.

Big Dudes, I have seen people win with UDS which translates to Ugly Drum Smokers and they are just converted 50 gallon food grade metal barrels. There is technique to be consistent. It sure is a lot of fun being involved.

BBQ is a better hobby than golf?!