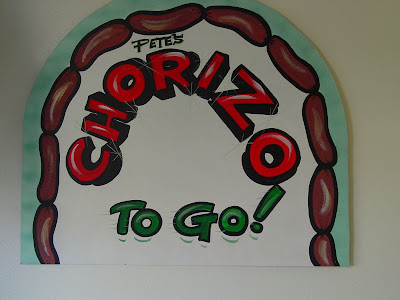 I needed to go on a Meat Adventure. It has been a while since the last one. I received a hot tip about some Basque Chorizo. The Tip was "Pete's Famous Basque Chorizo". Pete's is located at the 'Villa Basque Deli & Cafe' in Carson City. It just so happened that we would be staying the weekend in Carson. I did my homework and also found another Butcher called 'Butler Gourmet Meats'. We loaded up my truck, Black Bart, and went to the bank to get gas money. Off we go to Carson City. 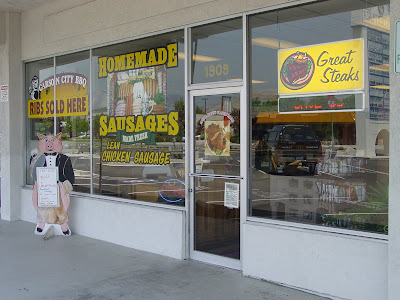 Butler Gourmet Meats is a clean and perky meat market. They smoke their bacon on the premise. They also make numerous sausages. Butlers has a lot of bulk meat deals. They have a Family Special for $69.95. It includes 1 pound of bacon,1 packages of pot roast, 4 packages ground chuck, 2 packages pork chops, 2 frying chickens, 2 packages of beef stew, and 2 packages of pork sausage. They have numerous other packages at all price points. We loaded up our ice chest with several sausages and 1/2 slab of bacon. Bacon Revue to follow later. I cannot wait to try them. 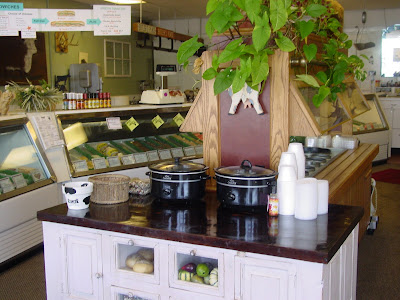 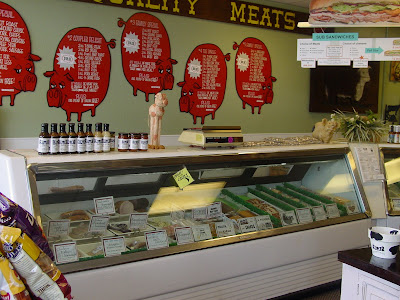 Our next stop was Villa Basque Deli & Cafe for Pete's Famous Basque Chorizo. The Villa is located at the corner of a strip mall. It does not look very impressive from the outside. When you walk in the first thing you notice is a freezer full of Chorizo to go. They must do a good business selling sausage to go. I picked out a couple of packages and went to the counter to pay for them. It was lunch time and it was pretty busy. While I was waiting the waitresses were bringing plates of food by me to the tables. Wow O Wow did they look good. They called it Basque but it looked Mexican to me. Beautiful Mexican, that made my mouth salivitate. I levitated and slobbered in anticipation of trying some of this food. We would return for breakfast the following day.
They had Chile Verde rice and beans with two eggs. This is dish that I could not refuse. We asked the waiter for a side of chorizo. He brought us a Chorizo sandwich cut in 4 to sample gratis. My dining partners had some great looking dishes. There was an omelete, chicken fried steak and some chorizo scramble thingy. This was one great meal. The Chorizo was very flavorful. I am glad I bought some to go. There is a reason it is Famous. The Villa only serves Lunch and Breakfast. If you are ever in Carson City, be sure to stop by. You will not be disappointed!!
Villa Basque Deli & Cafe
720 Basque Way
Carson City, Nevada 89706
775-8844451
Butler Gourmet Meats
1909 North Carson St.
Carson City, Nevada 89701
775-8830211 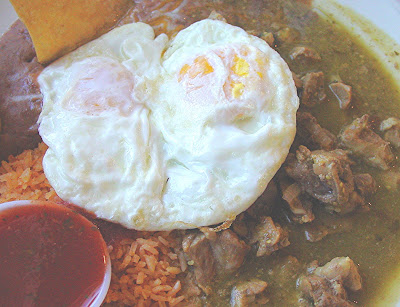 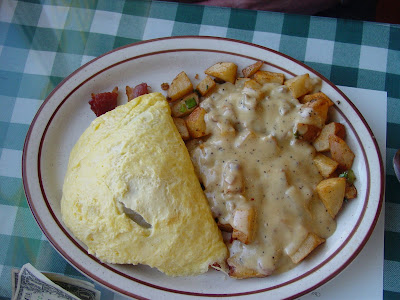 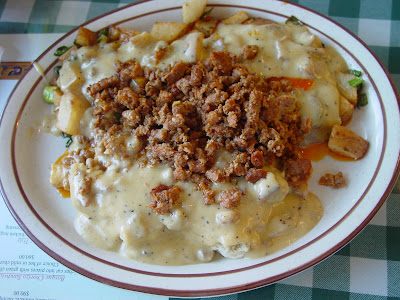 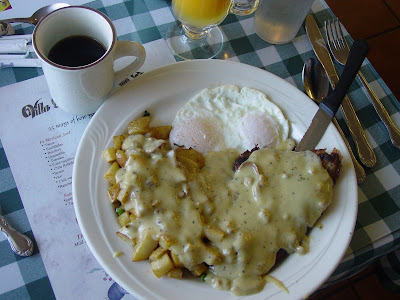 Posted by Chilebrown at 7:24 AM

If you double click the picture of the front of Butler Meats you can see the reflection of Black Bart. He is laughing all the way to the bank!! I am crying.

We await your bacon critique with bated breath...

chile! great great post on all the meats of CC! but what about the OTHER meat adventure we had there, you old sour dough?